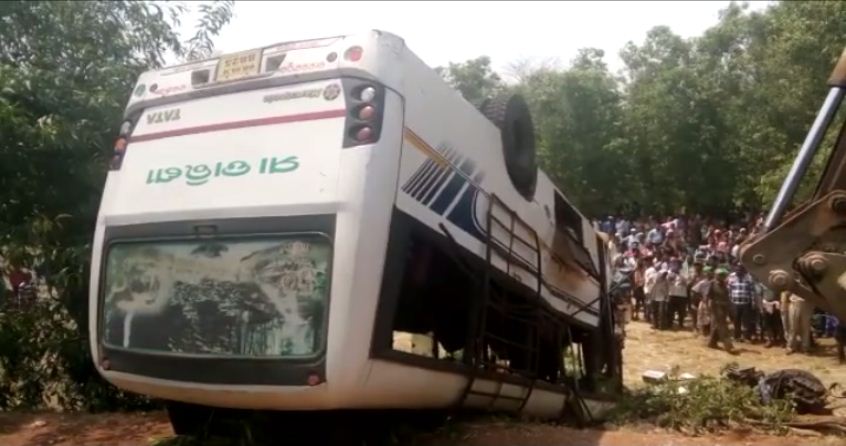 In a tragic incident, at least five persons, including two women, were killed and over ten others sustained injuries after a bus collided head-on with a tractor near Kherana forest in Odisha’s Mayurbhanj district today.

The driver of the tractor was among the deceased, reports said. The injured have been admitted to Badampahar hospital.

The accident took place when the ill-fated bus, which was on the way to Rairangpur from Jashipur, collided with the tractor on Rairangpur-Jashipur road near the forest.

The vehicle overturned under the impact of the collision.

On being informed, police and fire personnel reached the spot and carried out rescue operation.

Expressing grief over the matter, Chief Minister Naveen Patnaik directed for free treatment of the victims.