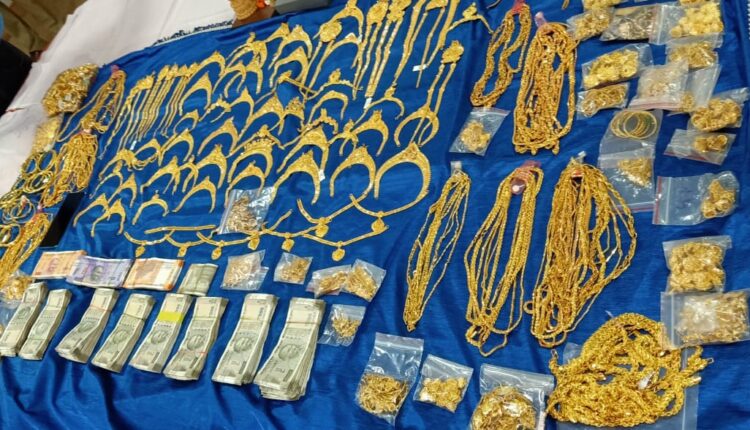 The 15 accused include 18-year-old Amit Behera, who supplied information regarding layout of spot house to Kalia Behera and also assisted him during robbery.

Worth mentioning, on October 12, miscreants broke into the house of a gold trader in Purushotampur area in the district and looted jewellery worth crores and cash from his house.

The cops recovered 6.501 kg gold jewellery and Rs 4,44,500 cash , a DVR of CCTV, a mobile phone among other instruments from their possession.

“Mastermind Kalia collected information regarding gold ornaments and entrance door of the house from Amit Behera, who was working as an assistant of the complainant. After collecting information, he contacted other accused persons, chalked out plan and attempted thrice to commit the robbery but could not succeed. But on October 12, they successful managed to enter the house by broke opening the door of the terrace and committed  the robbery,” informed DIG, Southern Range, Satyabrata Bhoi.

17-YO boy electrocuted to death, uncle critical in Odisha’s Sonepur