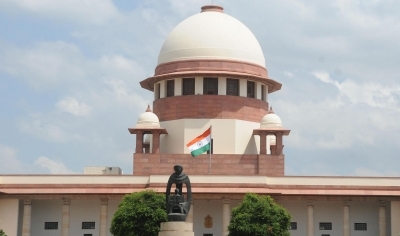 New Delhi: The Supreme Court on Thursday affirmed the death penalty for Lashkar-e-Taiba (LeT) terrorist Mohammad Arif alias Ashfaq for carrying out the December 2000 Red Fort attack, saying there was a direct attack on the unity, integrity and sovereignty of India.

Dismissing Arif’s review plea against capital punishment, a bench comprising Chief Justice U.U. Lalit and Justices S. Ravindra Bhat and Bela M. Trivedi said: “the aggravating circumstances evident from the record and specially the fact that there was a direct attack on the unity, integrity and sovereignty of India, completely outweigh the factors which may even remotely be brought into consideration as mitigating circumstances on record.”

Arif, a Pakistan national, was held guilty of murder, criminal conspiracy, and waging war against the country. The bench concluded there is nothing on record which can be taken to be a mitigating circumstance in favour of the review petitioner.

“The suggestion that there is a possibility of retribution and rehabilitation, is not made out from and supported by any material on record,” said Chief Justice Lalit, who authored the judgment on behalf of the bench.

The Chief Justice said in conclusion, it must therefore be observed that even after eschewing circumstances, which were directly attributable to the CDRs relied upon by the prosecution, the other circumstances on record do clearly spell out and prove beyond any doubt the involvement of the review petitioner in the crime in question.

Referring to judgment in Mohd Ajmal Amir Kasab case (2008 Mumbai terror attack) (2012), the bench said: “when there is challenge to the unity, integrity and sovereignty of India by acts of terrorism, such acts are taken as the most aggravating circumstances. It is well accepted that the cumulative effect of the aggravating factors and the mitigating circumstances must be taken into account before the death sentence is awarded.”

The bench noted that there were other circumstances, including a disclosure statement by the convict, which led to an encounter at Batla house and killing of Abu Shamal alias Faisal, which went against the convict.

“The disclosure statement led the police to the hideout at G-73, Batla House, New Delhi and when the police team arrived with the review petitioner, there was firing upon the police team.. After the person concerned named Abu Shamal alias Faisal died in the encounter, certain firearms and ammunition were recovered. The submission that such recovery of ammunition or the encounter of Abu Shamal could not be associated with the disclosure statement of the review petitioner is not quite correct,” said the bench.

In the Red Fort attack, three people, including two Army jawans, were killed.

Resume work from Nov 16 or face the music: SC to agitating…

Tuition fee should always be affordable, education not a…