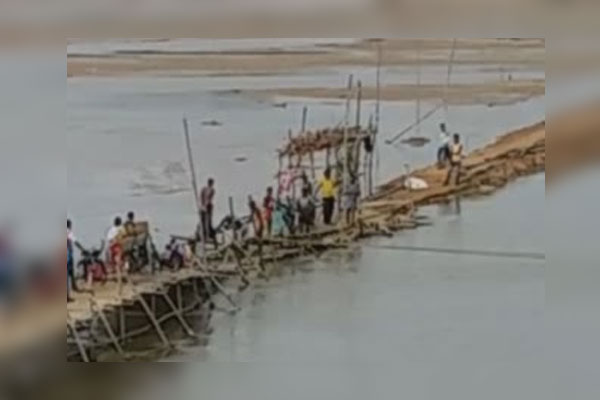 Rourkela: Communication between Rourkela city and several Panchayats in Kuarmunda block of Sundergarh district has been disrupted after a fair-weather bridge over a river in the Pasara area collapsed due to the heavy flow of water following heavy rainfall in the upper catchment areas of Jharkhand.

The bridge served as a major pathway for hundreds of people residing in the Kuarmunda block.

As per information, the state government had earlier laid the foundation stone for a bridge on Riun ghat but the location was later changed to Pasara. Although a fair-weather bridge was set up to serve the purpose, construction work for a permanent bridge has not been initiated yet.

Expressing distress, a local person said, “ We are facing a lot of problems after the fair-weather bridge collapsed as we used to solely depend on it for daily commuting.”

Though repair work of the fair-weather bridge has been started, locals have strongly demanded the construction of a permanent bridge on the river at the earliest.