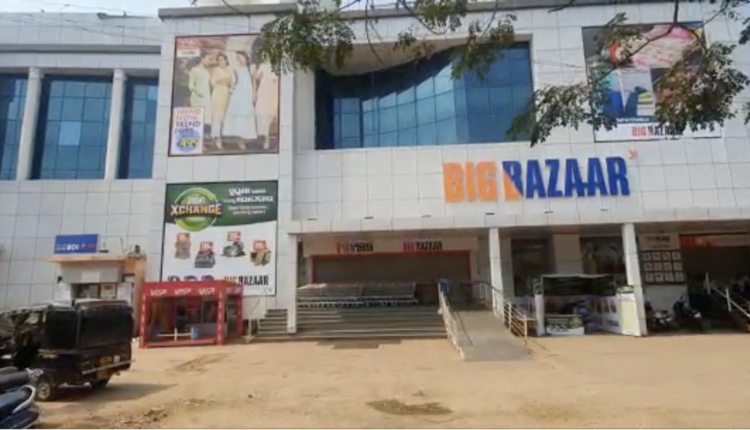 The shopping mall was sealed in presence of BMC Commissioner Prem Chandra Chaudhary and  Deputy Commissioner Srimanta Mishra and other BMC officials.

The operation to seal the building was initiated when the BMC officials who had come for an eviction drive in the nearby area, were informed about the shopping mall not having parking facilities. Soon after, the civic body officials swung into action. During questioning,  when Big Bazaar staff failed to show fire safety clearance certificate and give satisfactory answer, the BMC officials  served a show-cause notice to the building owner.

Deputy Commissioner Srimanta Mishra said the shopping mall has violated the BDA’s building approval plan by utilizing the parking space for its godown.

“Instead of going to court, the officials formed a mobile court and passed the sealing order to Deputy Commissioner, Bhubaneswar North Zone. They would seal the building. We have served a notice to the building owner Jitendra Prasad Singh as well. The building will be sealed till the shopping mall owner furnishes compliance certificate  to the competent authority ,”  he added.

As the mall is located near Patia Square, its inadequate parking space causes traffic congestion on the busiest route, said a BMC official.