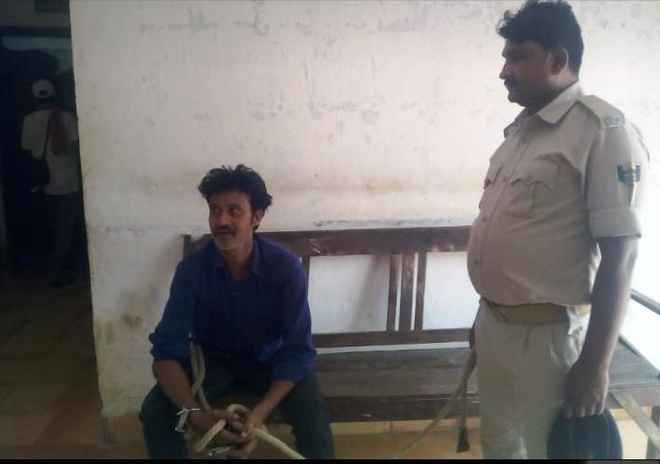 Odisha and Bihar police today conducted a joint raid and arrested a most wanted criminal of Bihar from Chandanpur area in Puri district.

The arrested has been identified as Sanatan Mahato.

According to reports, he was a most wanted criminal of Bihar police with over 20 criminal cases against him at various police stations in the state.

He had been hiding himself in Puri for last 10 years and working as a marble designer.

Getting information about his staying here, Bihar police with help of Odisha police today conducted a raid and arrested him from Chandanpur area.