Biju Patnaik, the man behind formation of Establishment 22 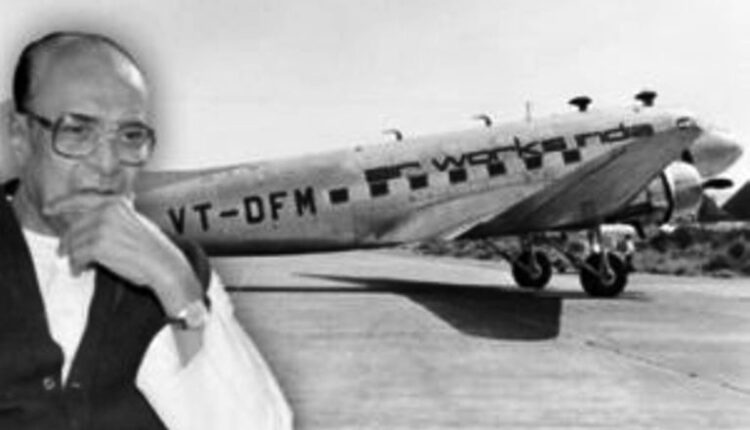 Bhubaneswar: The ongoing military standoff between China and India has brought into limelight  the untold heroic story of former Chief Minister of Odisha and the legendary leader Biju Patnaik in 1962 Indo-China war.

Biju Patnaik’s contribution in the freedom struggle of Indonesia, for which he was  awarded Bhoomi Putra’ award, is known to everyone, but his instrumental role behind formation of Establishment 22, a secret force also known as Special Frontier Force (SFF) under the control of Cabinet Secretariat and the PMO, has remained unsung.

In a video message, Naval veteran Commodore Ranjit Rai has spoken on the role of Biju Patnaik in formation of Establishment 22,  which is being talked about in the context of Indo-China standoff.  Establishment 22  is a covert unit of the Indian Defence Forces.

Highlighting Biju Patnaik’s strategies to fight the Chinese Aarmy in 1962,  Ranjit Rai said Establishment 22 was set up on Pandit Jawaharlal Nehru’s birthday on November 14 by the then Intelligence Bureau Chief BN Mullick and Biju Babu, a 27-year-old pilot then, who was given charge of the operation.

Biju Patnaik was a close confidante of Pandit Nehru. Persuaded by the two, Pandit Nehru had accorded approval for formation of Establishment 22 with the Gorkha refugees from Tibet to combat the Chinese.

“Biju Babu, who was my guardian from 1952 to 1955 and sent me to the NAVY and NDA, had been trying to train  some people compassed there on parachuting and all. But then Chakrata, which is an old Gorkha unit, a training unit of British, was used to set up a secret base, wherein Tibetan volunteers along with Gorkhas were taken in for training under Indian Army officers,” the Naval veteran revealed.

Biju Patnaik needs to be honoured today, when it is clear that in south of Pangong Tso, the Vikas Battalions of Establishment 22 helped the Indian Army  push the Chinese back and take position.

What is the Special Frontier Force (SFF)?
The SFF was raised by the Intelligence Bureau in the immediate aftermath of the 1962 China-India war. The covert outfit recruited Tibetan exiles (now it has a mixture of Tibetans and Gorkhas) and was initially named Establishment 22 (Major Gen Sujan Singh Uban, an Artillery officer who raised the group, named it after the 22 Mountain Regiment he commanded). Subsequently renamed SSF, it now falls under the purview of the Cabinet Secretariat. It is headed by an Inspector General, who is an Army officer of the rank of Major General.The original task as envisaged was clandestine operations behind the lines in Tibet.

Are SFF units part of the Army?

The SFF units are not part of the Army but function under its operational control. SSF units have their own rank structures, of equivalent status with Army ranks. However, they are special forces personnel highly trained for a variety of tasks.