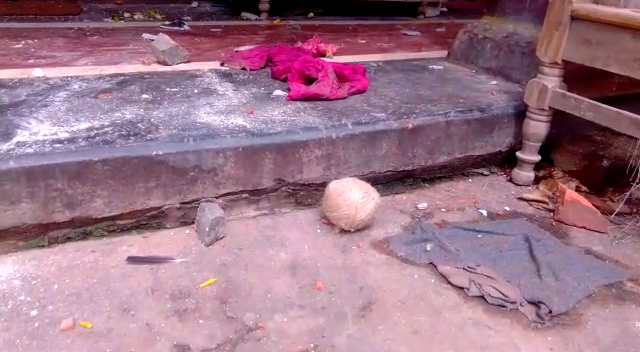 Brahmagiri: More than seven people were injured in bomb hurling allegedly over past rivalry between two groups at Anatirisa village under Brahmagiri block in Odisha’s Puri district today.

A dozens of bombs were hurled wounding several persons in the morning. Among victims, four have been identified so far. They were Purna Pradhan, Arabinda Swain, Shantilalata Swain and Sangram Pradhan of Anatirisa village.

The wounded persons were admitted to a private hospital from where the victims with critical injuries were shifted to the Community Health Centre(CHC), Rebana Nuagaon.

The incident occurred following a heated argument between two rival groups of the village on the way when a pregnant woman was being taken to a hospital.

According to reports, as many as 20-25 bombs were hurled damaging a dozen of houses.

On receiving information, police reached the site to control the situation. They recovered seven live bombs and one tiffin bomb from the spot.

Two platoons of police forces were deployed to restore peace at the village. The forensic team also reached the spot for investigation into the matter.

Till filing of the report, a bomb disposal squad was on the way to reach the site.