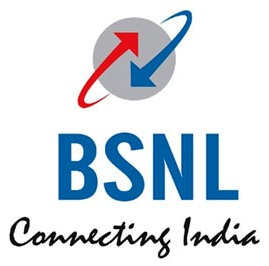 Bhubaneswar: Bharat Sanchar Nigam Limited (BSNL), a public sector company and one of the largest telecom firms in India, today denied reports published in local media about closure of the company due to “mounting losses”.

A top company official termed the news as “rumour” and urged public not to pay any heed to such reports.

“BSNL being a Government owned PSU; there is no proposal to close down the company,” Satyananda Naik, Chief General Manager, BSNL, Odisha Circle, clarified in a statement.

The State-run telecom operator, however, said the company has a strong presence across the State and continuously expanding. “Recently, BSNL Odisha has launched 4G services in Bolangir and is going to launch 4G services at Sonepur, Kalahandi, and Nuapada districts very shortly,” he claimed.

The speed of BSNL 4G services is being appreciated by our beloved customers of Bolangir in comparison to other operators. “BSNL is always with you and continue to serve you better in future also,” Naik assured.

According to media reports, BSNL’s total loss have reached Rs 31,287 crore, at the end of 2017-18. It was asked to present “comparative analysis of all options available with the government, i.e. strategic disinvestment of BSNL, closure or revival with financial support.”

At a recent meeting of the company, BSNL Chairman Anupam Shrivastava gave a presentation to the telecom secretary, highlighting the telco’s financial health, its amassed losses, how Mukesh Ambani-promoted Reliance Jio’s entry in the telecom space impacted the business, and possible voluntary retirement scheme (VRS) and early retirement plans for staff.

The reports further claimed that the government is mulling over three steps:

BSNL, MTNL To Be Merged