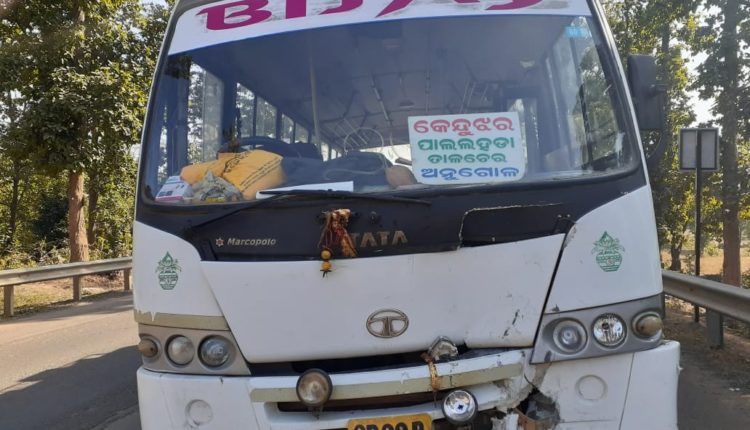 Angul: As many as two persons died after a bus collided with a scooter on which they were travelling on NH-149 near Bhimakanda Chhak under Pallahara police limits in Odisha‘s Angul district, today.

A head-on collision took place between the two vehicles and the duo travelling on the scooter died on the spot after falling from the two-wheeler. Till last reports came in, the deceased were yet to be identified.

Police reached the place on being informed, seized the bodies for post-mortem and started investigation. The driver of the bus fled the spot after the road mishap.