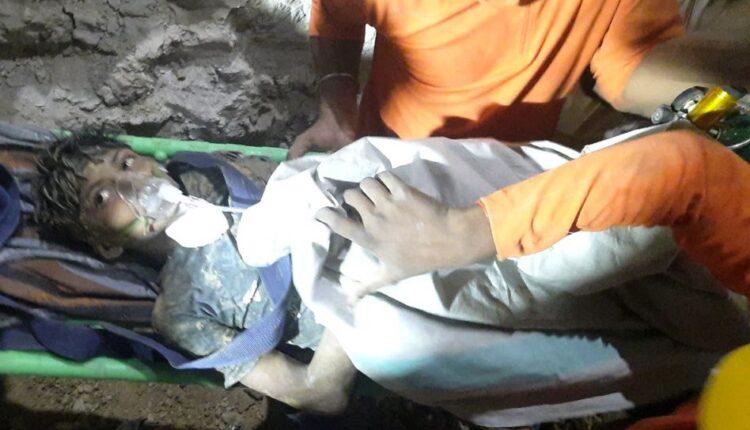 Raipur/ Bhubaneswar: Rahul Sahu, an 11-year-old boy who had fallen into a borewell in Chhattisgarh’s Janjgir Champa district, was rescued after a 104-hour-long operation on Tuesday night.

More than 500 personnel of NDRF, Army and local police were involved in the massive rescue operation that commenced on Friday evening.

The boy fell into the unused 80-feet-deep borewell located in the backyard of his house at Pihrid village in Malkharoda block at around 2 pm on Friday while he was playing near it. He was stuck at the depth of around 60 feet.

After being rescued, he was shifted to Apollo Hospital in Bilaspur in an ambulance. His condition is stable and he will recover soon, said Bilaspur Collector Jitendra Shukla.