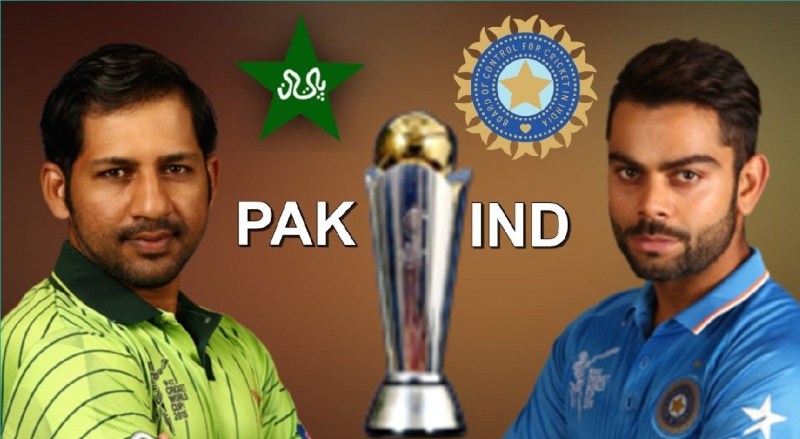 The Champions Trophy clash between India and Pakistan Sunday kept Kashmiris glued to their TV sets with men, women and children viewers remained on edge irrespective of what they knew about cricket.

Cricket clashes between the two countries have always raised tensions in the Valley as locals have been great fans of Pakistan players, but on Sunday, the blitzkrieg let loose by Virat Kohli and Yuvraj Singh was appreciated by sports lovers.

“These two batsmen are great hitters of the ball and the two catches those Pakistan missed could make all the difference between winners and losers,” said Zahoor Wani, a resident of Ganderbal district, also noting that two Pakistan’s front ranking pace bowlers, Muhammad Arif and Wahab Riaz a so limped off with cramps at a critical phase of the match.

Streets generally become deserted in Srinagar these days early as people rush home to be in time for ‘Iftaar’ (Fastbreaking time after the day’s fasting during Ramadan).

But, the way people were seen rushing home to be in time to witness the start of the match between India and Pakistan showed their eagerness not to miss even a single ball.

Kashmiris have been great lovers of football, hockey and cricket, but when it comes to a clash between India and Pakistan, blood pressures start rising.

The security forces remain on the edge to ensure that the results do not cause a law and order problem.

Memories of a local meat seller breaking his transistor radio into two pieces when Hanif Muhammad, the then captain of Pakistan team was bowled out by an Indian bowler in a test match in mid 1950s are still told as bedside stories to children in old city areas of Srinagar.

Yet, over the years, Indian batsmen like Sunil Gavaskar, Sachin Tendulkar and Virat have won admiration of the youth for their skill, while Bishen Singh Bedi, the celebrated Indian spinner, has coached local bowlers for many years.

“Honestly speaking, for majority of Kashmiri a cricket match between India and Pakistan is much more than just a game.

“As alienation remains deeply rooted in the Valley, who the locals support during such a clash is not difficult to imagine,” said Muhammad Ashraf, a resident of the old city.

Interestingly, the security forces in the Valley have also remained glued to their cell phones or TV sets too. (IANS)