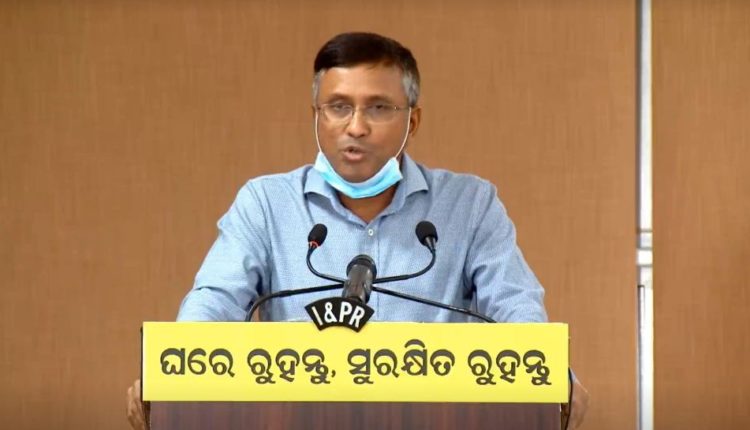 Bhubaneswar: Amid surging cases of COVID-19 cases in Odisha, the State government today announced a 60-hour complete shutdown in three of its districts.

Informing about the government’s decision, Chief Secretary Asit Tripathy said the rising number of positive cases among returnees from West Bengal has become a concern for the government.

Out of 29 positive cases detected in last five days, 28 are from Balasore, Jajpur and Bhadrak districts. Keeping in view this situation, the State government decided to impose a complete shutdown in these three districts from 10 pm today till 10 am on April 26, 2020, he said.

During this period, the government will take possible measures including contact tracing to detect other positive cases. Testing will be tripled. All possible contacts will be tested. This apart, sarpanchs have been asked to identify the persons who returned from West Bengal and have not been detected yet. Public places will be sanitised during this shutdown period, he added.

Except emergency medical services, no one will be allowed to come out of their house. It will be  a curfew like situation in these three districts.

So far, 33 positive cases have been detected from Balasore, Bhadrak and Jajpur districts.

“Since April 14 no positive case in Bhubaneswar has been reported so far. But the situation in these three districts during the last five days has become a concern for the government. We have to take higher level of preparedness for these districts,” the Chief Secretary said.

Police arrangement at porous borders in Balasore and Mayurbhanj districts have been reviewed by the DGP and senior officials.

A total of 27 platoons of police have been sent and if necessary reinforcement will be made to seal the border, he added.

Meanwhile, DGP Abhay appealed to the residents of Jajpur, Bhadrak and Balasore districts to observe shutdown for 60 hours. Police will be constrained to prosecute and take other legal action against those violating the shutdown, he said.

During the shutdown, goods transport passing on NH through these districts for other districts will be allowed free movement, the DGP informed.