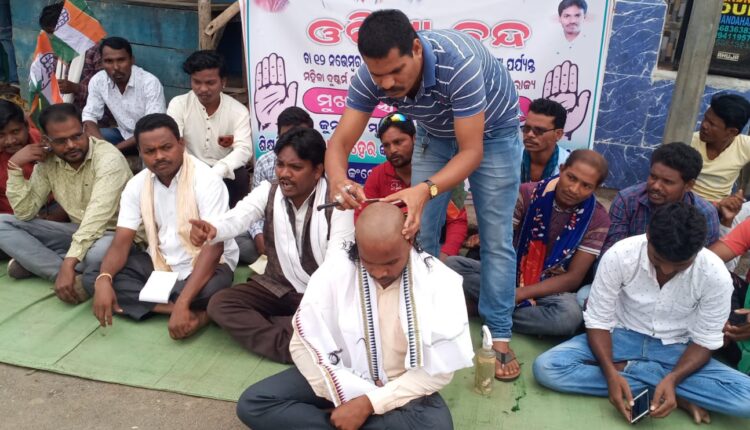 Staging demonstration to put pressure on the State Government for removal of the minister over his alleged involvement in sensational Mamita Meher murder case, a team of Congress activists under leadership of PCC Secretary Khemraj Bagh of Chandahandi Block shaved their heads and demanded justice for the deceased schoolteacher.

The protestors urged people to close their shops and support the state-wide hartal against the minister.

Despite High Court’s order against scheduled Odisha Bandh called by Congress party for today, normalcy was affected in Nabarangpur district.

The Congress protestors in a large number staged agitations in different places of the district in the morning demanding strong action against Minister Dibya Shankar Mishra.

“Death of Mahaling schoolteacher Mamita Meher shrouded in mystery even over one month of her murder in Kalahandi district. However, the State Government is trying to shield the minister. Instead of taking action, Chief Minister is encouraging the culprit as well as crime by sharing dais with the minister,” a protestor alleged.

Bharat Biotech’s Covaxin only 77.8 per cent effective against Covid-19: Report