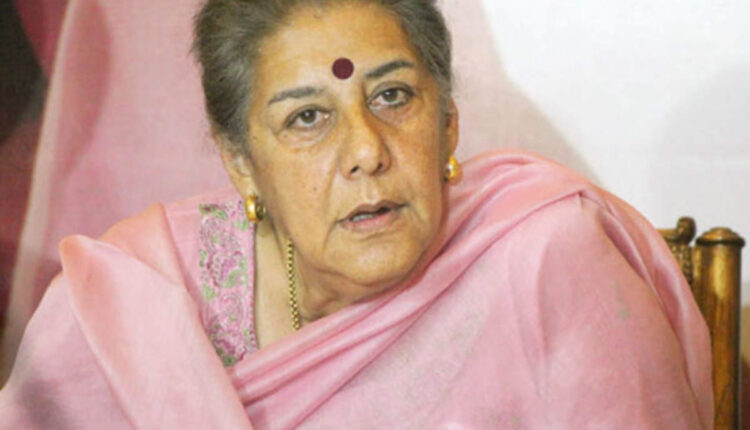 New Delhi: Congress leader Ambika Soni, who was called in a late-night meeting with Rahul Gandhi, has declined to become the Punjab chief minister. Sources close to her said she has instead suggested that a Sikh become the Punjab Chief Minister.

After the refusal, the Congress which wanted Ambika to become the CM after Amarinder Singh resigned, the party is now considering other names, including Pratap Singh Bajwa, Sukhwinder Singh Randhawa and Ravneet Singh Bittu. Earlier, the party had decided to appoint Sunil Jhakhar as the Chief Minister, but now the party leadership is having second thoughts on his name.

Sources said a discussion on a new chief minister was held and also strategy to pacify Amarinder Singh was discussed. Since Ambika Soni hails from Punjab, the party leadership wanted her to become the Chief Minister till elections are held.

Sources said the party wants to project a non-Sikh face ahead of the polls to counter the AAP which is gaining ground in the state.

Sources also said that the party wanted a Sikh, Navjot Singh Sidhu, as the state Congress chief and a non-Sikh CM candidate combination in the polls.