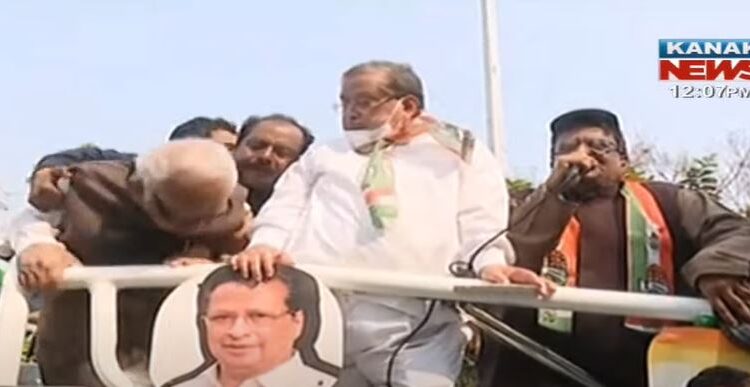 Bhubaneswar: Senior Congress leader Narasingha Mishra fell sick while leading a protest to gherao the CBI office in Bhubaneswar today. He was immediately rushed to a private hospital for treatment.

The Congress Legislature Party (CLP) leader complained of chest pain after addressing the protestors during the party programme in front of the CBI office.

Sources said that the State Unit of Congress today celebrated its foundation day at party’s state headquarters here in the morning. He was present during the programme. At around 11.00 am, a rally headed by Mishra was taken out from the DAV Public School to gherao the CBI office.

After delivering his speech during the rally in front of the CBI office over the Central agency’s inactiveness in the State, Mishra suddenly fainted on the vehicle.

He was immediately rushed to the Apollo Hospital where he was admitted to the Emergency Ward.

Speaking over the incident, Odisha Pradesh Congress Committee (OPCC) chief Niranjan Patnaik said that his party colleague’s condition is stated to be normal at the hospital.

“Mishra is a diabetic and he travelled a long distance from Balangir today. He is all right now,” Patnaik said.