Conman takes OLX users for a ride in Odisha; One held 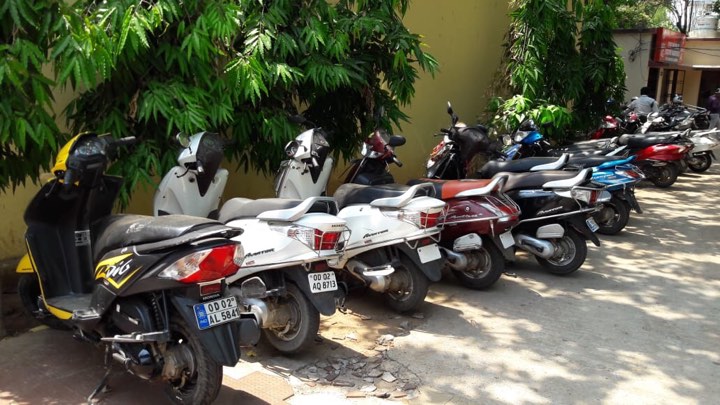 Bhubaneswar: In a baffling incident, the police arrested one person in Khandagiri today for stealing vehicles from unsuspecting owners and selling them off.

According to reports, one S. Amit Patra alias Jagu (30), a resident of Bhanjanagar area of Ganjam, was stealing vehicles of people in the pretext of test driving.

Nayak would go on OLX, an online marketplace website and find advertisements featuring details of two-wheelers up for sale. He would then contact the owners, masquerading as a potential customer. He pretended to take the vehicles for a ride to check their quality and later fled with them.

On some occasions, the accused stole a vehicle from one victim and delivered it to another victim. Majority of such vehicles have been sold off at Nayagarh.

Police said that Patra would sell these two-wheelers to other buyers with a price between Rs. 10,000 and Rs. 15,000. He took the vehicle documents from the previous owner or they were usually found in the dickey.

About 16 two-wheelers have been recovered from their possession by the Khandagiri police. Sources reveal that he had committed such thievery in Lakshmi Sagar, Nayapalli and Old Town areas of Odisha capital as well as Cuttack, Dhenkanal, Jeypore, Ganjam and Berhampur.

A probe in underway to determine involvement of other persons.