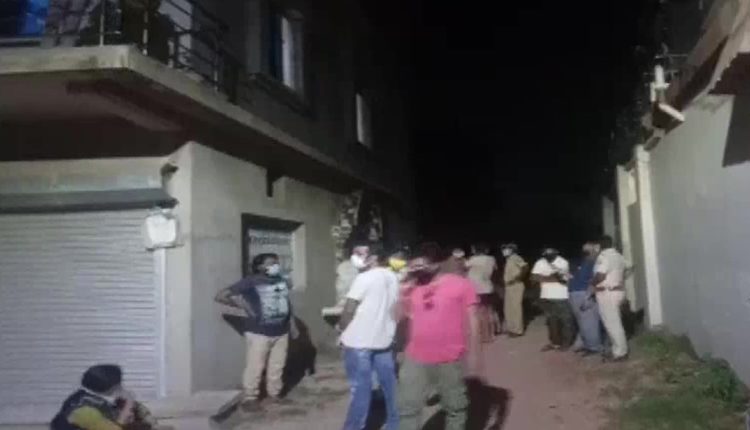 Balasore: Even as the Odisha Government has advised people of the state not to look COVID-19 patients and their families with spiteful eyes, a bizarre incident has come to fore in Odisha’s Balasore district, where  a cancer patient and his family were denied entry into their rented house by the landlord.

Reportedly, when the family yesterday returned to the house from Bhubaneswar , which has turned out to be a hotspot for COVID-19, the owner of the house denied them entry.

The 60-year-old man identified as Suresh Sharma diagnosed with throat cancer stays with his family at a house owned by one Laxmidhar Bhuyan, a serving colonel in the Indian Army. He had gone to Bhubaneswar on April 14 for a routine medical checkup along with his wife and two sons after taking due permission from the district administration. When they returned yesterday, the landlord allegedly locked the entrance from inside and asked them to stay in institutional quarantine for 14 days before entering house.

Left with no alternate option to take shelter in the nearby, they sat under the scorching heat for hours without taking food. Fortunately, when some neighbours informed police about it, DCP Manoj Rout along with  ADM Sambit Nayak, Sadar Tehsildar Panchanan Patra and Sahadevkhunta PS IIC Krushna Chandra Palai arrived at the spot and convinced the house owner to allow them enter the house.

The landlord later agreed to let Sharma and his wife enter the house but denied entry of his two sons and asked them to remain in quarantine for 14 days. With no option left, the two brothers later went to a relative’s house, over 2 km from the rented house.