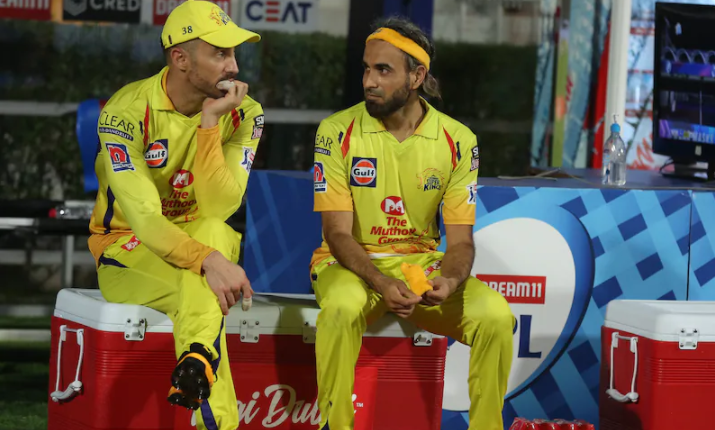 Dubai: Former South Africa pacer Dale Steyn has slammed Cricket South Africa (CSA) for ignoring Faf du Plessis and Imran Tahir in an IPL 2021 post on social media. CSA had mentioned only pacer Lungi Ngidi, who is in South Africa’s squad for the men’s T20 World Cup, in congratulating him for Chennai winning the IPL 2021 trophy on Friday.

Both du Plessis and Tahir, who weren’t picked in South Africa’s squad for the men’s T20 World Cup, were ignored in a congratulatory post by CSA which read as, “Congratulations @lungingidi on claiming the 2021 IPL title with Chennai Super Kings”.

The posts on social media did not go down well with du Plessis. He reacted to the post on Instagram, “Really???”. Du Plessis had scored 633 runs for Chennai Super Kings in IPL 2021, forming a formidable opening pair with Ruturaj Gaikwad and was the player of the match in Friday’s final for his magnificent knock of 86 runs in 59 balls.

Steyn, who is in quarantine in Dubai as a part of the commentary team for the men’s T20 World Cup, further commented on Instagram, “Who’s running this account? Last I checked Faf isn’t even retired, Imran isn’t retired, both these guys have given years of service to CSA and they were not worth a mention? Disgusting.”

Though the posts were deleted later, Steyn took to Twitter to slam the CSA. “CSA opening a can of worms for themselves with their Twitter and Instagram. Whoever’s running those accounts needs a talking too.”

Another tweet from Steyn read as, “CSA now blocked the comments section. Here’s some advice. Do the right thing. Delete the post and add all the men involved, save yourself the embarrassment and ridicule.”