Culvert washed away on NH; road connectivity to 4 districts cut off in Odisha 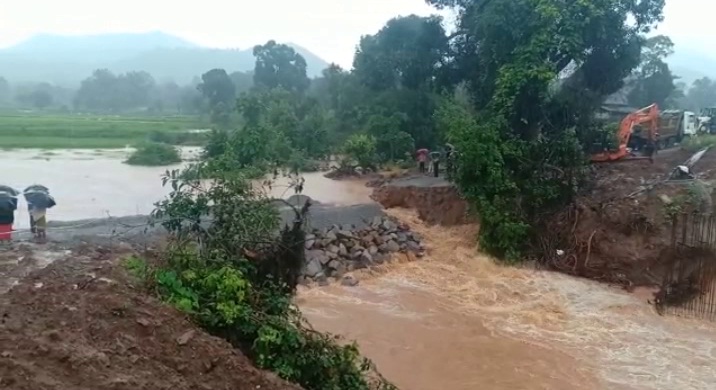 Kandhamal: The road communication to four districts was severely affected after a temporary culvert on NH 59 was washed away due to incessant rain here today.

The transport communication was cut off to several blocks of four districts included Kandhamal, Rayagada, Kalahandi, Koraput and Nabarangpur after the heavy precipitation washed away culvert near Bataguda on NH 59.

According to reports, hundreds of vehicles are stranded on both sides of roads that are connected through the culvert.

Besides, Kawariyas on their way back to homes after offering holy water to Lord Shiva at Tumudibandh in Kandhamal district on third Monday of the month of Shrabana, were also stuck. Three panchayats — Lankagarh, Jhiripani and Bhandarangi — were inundated with flash flood water causing inconvenience to residents.