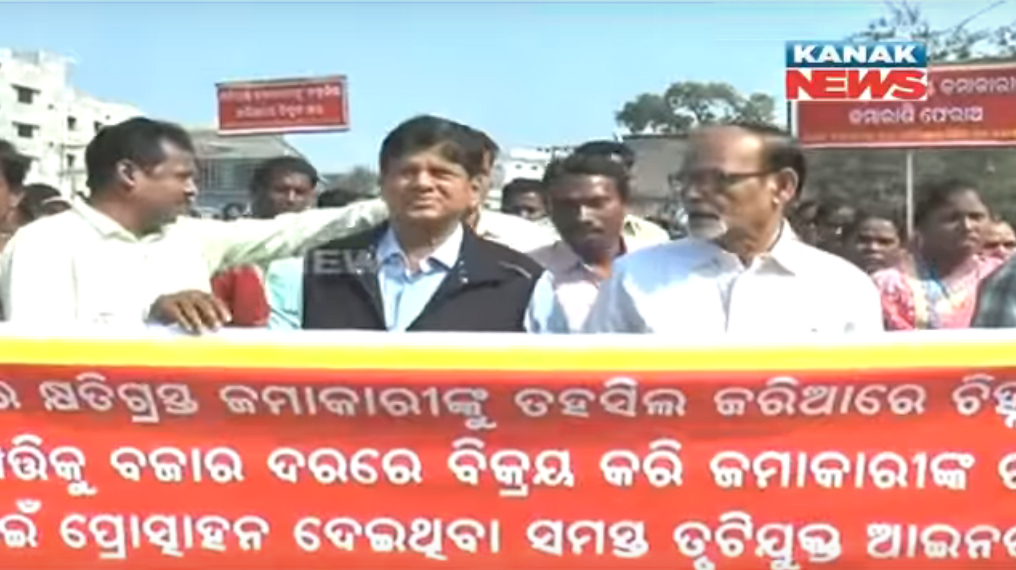 Participating at the demonstration ASKMM’s advisor Soumya Ranjan Patnaik, senior journalist Rabi Das, Manch’s convener Jayant Das alleged that both the state and Central governments were indifferent in their attitude to refund money to the cheated depositors.

They further alleged that the state government was not keen in even identifying small depositors in tehsils through Tehsildars.

“We are demanding that depositors be they small or big whom the government claims to refund their money is identified first. Tehsildars can identify them within 15 days. For that reason, we have been agitating time and again seeking for identifying the duped depositor. We are requesting the Collectors, Tehsildars, and the government to start the identification process. But no one is listening,” said Soumya Ranjan Patnaik, advisor of ASKMM speaking to reporters.

The ASKMM announced at the demonstration that it will continue with its agitation till its demands are met with.