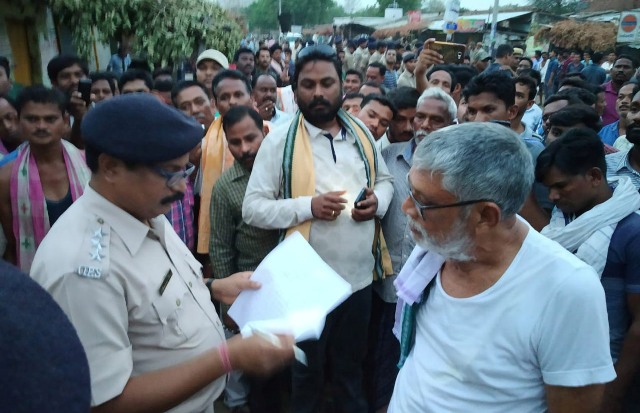 The eggs were allegedly hurled at the carcade by the supporters of Mishra when the BJD supremo reached Salebhata in Loisingha assembly constituency of the district after finishing his election campaigning in Balangir town.

Though the eggs didn’t hit the vehicle of the CM, window panes of four cars of the carcade were damaged in the incident.

Police then resorted to mild lathicharge at the spot and later detained Mishra along with his son and supporters.