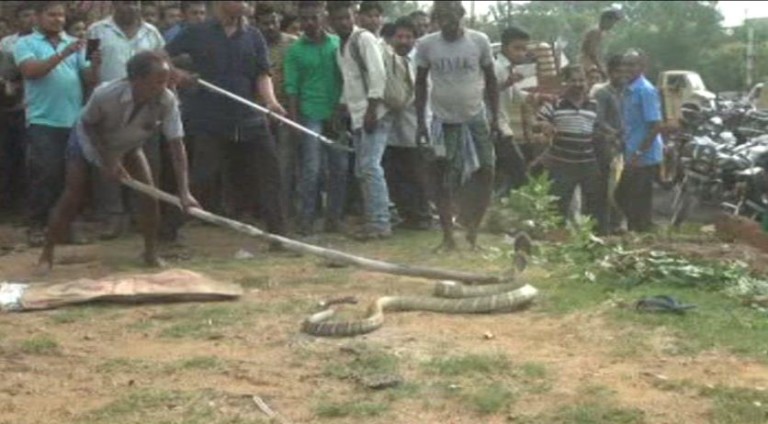 An eight-ft long poisonous King Cobra was rescued from the backyard of a house located in Machhipada village on outskirts of Nayagarh town in Odisha today.

After the snake was spotted near a house in the village, they immediately informed the snake rescue team.

With the destruction of forest causing inconvenience for the wildlife, the snake might have moved to the human habitation, said the snake rescue service.

The king cobra is expected to be sent to Nandankanan zoological park in Odisha capital.