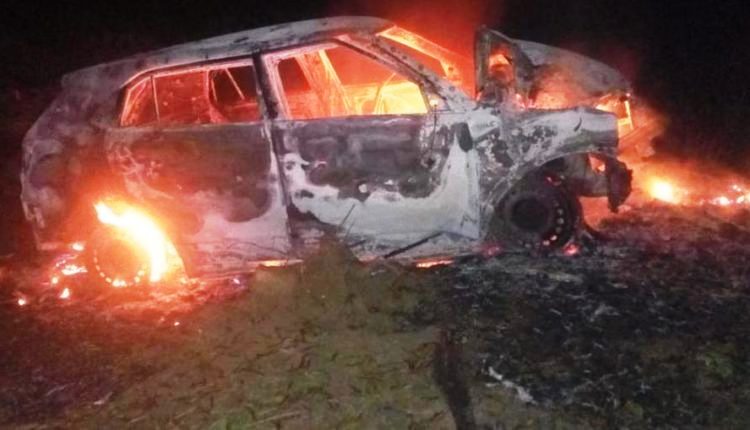 Angul: Former Sundergarh MLA Jogesh Singh along with three other persons suffered grievous injuries after the car they were travelling in rammed into a tree and later caught fire near Naupala under Banarpal police limits in Angul district in the wee hours today.

However, all the injured have been admitted to hospital for treatement.

Sources said the ex-MLA was travelling from Sundergarh to Bhubaneswar along with two others-Pratap Rout and Pradeep Sahu-in the car. At around 3 AM, the car rammed into a tree when driver Tankadhar Bag attempted to evade a collision with a speeding truck coming from the opposite direction. A fire later broke out in the car after the crash. Locals rushed to the spot and rescued the four injured before the car was completely gutted in the fire.

They later admitted the four into Angul district headquarters hospital (DHH), from where they were shifted to SCB Medical College and hospital in Cuttack.