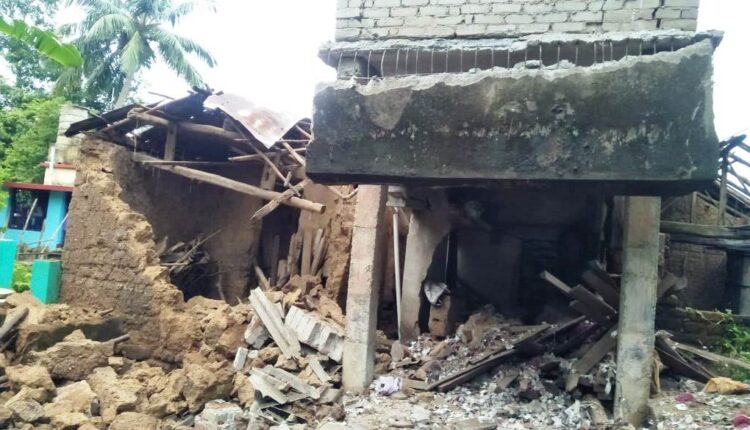 Khordha: A massive firecracker explosion rocked Mukundapur village under Begunia police limits in Odisha’s Khordha district last night. A house inside which the crackers were stored has been completely damaged in the blast.

According to reports, one Prasanna Mohapatra of the village was allegedly involved in manufacturing and storing the crackers in the house illegally. The crackers went off last night damaging the house severely.

However, no casualty has been reported in the incident. On being informed, police reached the village and initiated an investigation.

The owner of the house and his family members reportedly fled the village after the explosion.