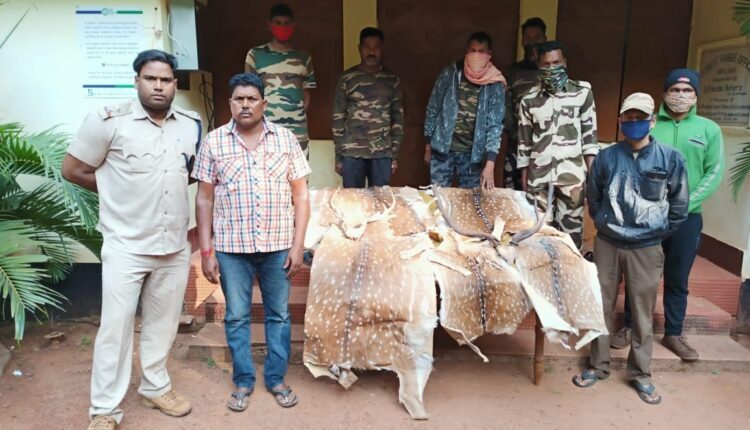 Dhenkanal: The Forest personnel today seized five deer skins after conducting a raid at a villager’s house in Odisha’s Dhenkanal district. Three persons including two poachers were arrested in connection with the matter.

Acting on a tip-off, the Forest personnel carried out patrolling in Kapilash reserve forest and nabbed two poachers. They also seized two guns from the poachers, Kamakhya Kapileswara Pingua and Peera Badara of Khamara village.

Based on information provided by the two poachers, the Forest personnel raided the house of one Ashok Kumar Nath of Khamara at around 7 am. During search they seized five deer skins and two horns.

In another incident, the Forest personnel arrested one Janum Singh Kunjal from Phulajhari village while preparing to poach animals in Lahada reserve forest. A gun was seized from possession.