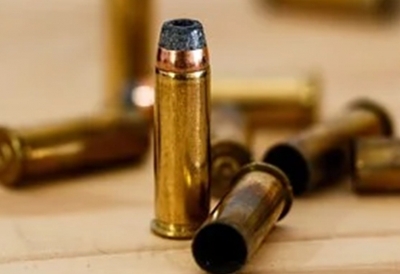 Lucknow: Five live cartridges were found during the screening of a cargo at the Chaudhary Charan Singh airport in Lucknow.

The recovery of the live cartridges sent the security staff into a state of panic and the issue was referred to the local police who registered a case and started the investigation.

According to the police, assistant security manager of the airport Sudhir Bhor was shown an image of cartridges by security executive Savan Yadav who was screening cargo at the airport on Wednesday.

Airport postal office staff Ram Karan and V.P. Singh opened the packet in the presence of security officials and a staffer of Indigo Airlines named Sanjeev.

“Five live cartridges were found in the packet which bore the sender’s address as Umar Graphics, Gwaltoli, Kanpur and the name of receiver as Aziz Ahmad Khan, New Ayasha Nagar, Mulla Colony, Pune,” the assistant security manager stated in the FIR.

The live cartridges were later handed over to the police that registered a case under sections 26 and 28 of Arms Act 1959 against the sender.

“Two mobile numbers were written on the packet in which the live cartridges were found. The police are now tracing persons to whom these numbers belong,” said Rajesh Srivastava, Additional DCP, central zone.