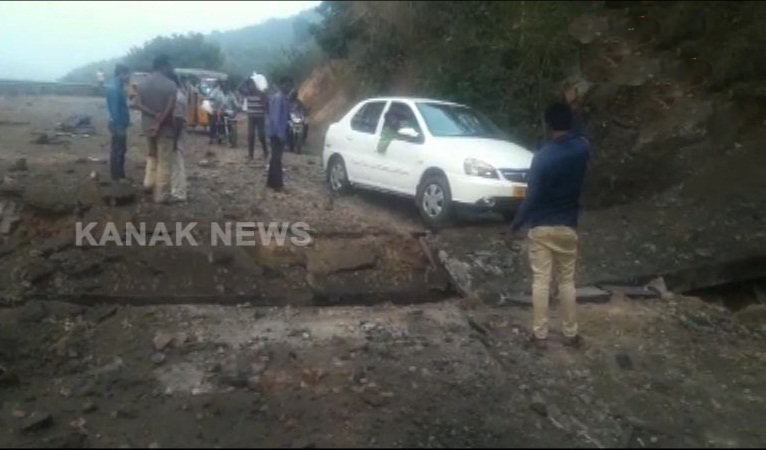 At least seven jawans of the Odisha police have been killed and six critically injured in a massive landmine blast near Mungarbhumi on Sunki ghat in Odisha’s Koraput district this evening.

According to reports, a bus of the Odisha police carrying about 13 policemen has been blown to pieces near Mungarbhumi on the Sunki ghat under Pottangi police limits killing at least four on the spot and leaving six others critically injured.

The blast occurred when the bus carrying the police personnel passed over a culvert on the National Highway no. 26 connecting Raipur with Visakhapatnam. The intensity of the blast was so high that the ill-fated Tata 709 minibus vehicle was flung at least 70 ft down the ghat road.

However, there has been no official word on the tragic incident.

As news spread senior police officials from Jeypore and Koraput have rushed to the spot and have begun rescue operations, reports added. The entire area has been sealed while vehicles remained stranded on both sides of the national highway.

The entire area has been sealed while vehicles remained stranded on both sides of the national highway.

Reports further said the jawans (all drivers) were on their way to Angul to undergo training as assistant drivers.

The blast is suspected to have been caused by Maoists.

Meanwhile, Chief Minister Naveen Patnaik has condoled the deaths of police personnel in the landmine blast and has conveyed his deep sympathy to the bereaved families.

Energy Minister Pranab Prakash Das had a narrow escape as the landmine explosion occurred just after a few minutes of his vehicle passing through that same stretch of road. The Minister was returning to Bhubaneswar from Koraput after completing campaigning for his party for the panchayat polls in the district.