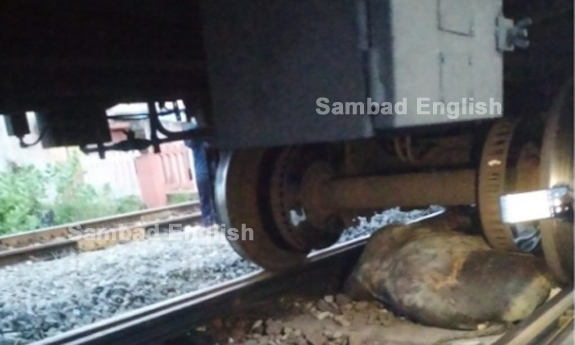 Bhadrak: Bhubaneswar-bound Jan Shatabdi Express (No-12073), which was on its way from Howrah, derailed today evening near Dagarasahi level crossing and yards away from the railway station here in Odisha’s Bhadrak district at about 1750hrs.

According to a passenger and eyewitness, the train derailed after hitting a bull that came its way. The bull died on the spot and has got trapped under the train’s wheels. 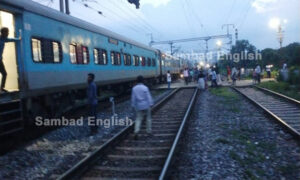 After the superfast train stopped before entering into Bhadrak railway station, few passengers alighted the train and found the animal dead.

However, no casualties have been reported so far and all passengers narrowly escaped.

On being informed, a team of railway personnel reached the spot. The restoration team is on job to recover the carcass and process to bring the derailed bogey back to track was underway.

All trains supposed to pass through the route have been temporarily put on hold.

“Dn line is free from obstruction. DRM Khurda Road along with other Branch officials rushed to the spot for rerailment work. Local officers are closely supervising it. It is expected to take half an hour to one hour to separate the affected coach and allow the train to resume its journey,” a senior official said.

“Since there are double lines, it shouldn’t have any impact on traffic. We have a trained team to work at night. So there shouldn’t be any difficulties or delays in carrying out the operation,” the official added.