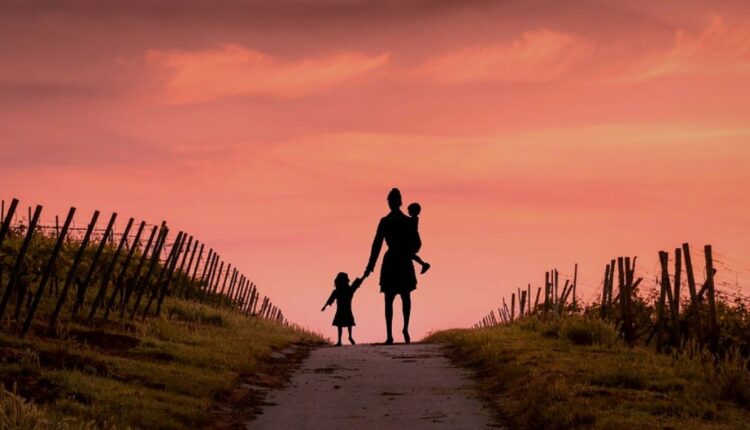 The world is lurching from crisis to crisis, trapped in a cycle of firefighting and unable to tackle the roots of the troubles that confront us. Without a sharp change, of course, we may be heading towards even more deprivations and injustices caution the United Nations Development Programme (UNDP).

Uncertainty is not new, but its dimensions are taking ominous new forms today. A new “uncertainty complex” is emerging, never before seen in human history. The ongoing Covid-19 pandemic, having driven reversals in human development in almost every country, continues to spin off variants unpredictably.

The report expresses a deep concern as human beings are facing a high degree of uncertainty and living in a world of worry. The report points out that the last two years have had a cataclysmic impact on billions of people around the world when crises like COVID-19 interacted with sweeping social and economic shifts, dangerous planetary changes such as climate change, and increased polarization.

War in Ukraine and elsewhere has created more human suffering. Record-breaking temperatures, fires, storms, and floods sound the alarm of planetary systems increasingly out of whack. Together, they are fuelling a cost-of-living crisis felt around the world, painting a picture of uncertain times and unsettled lives.

This new uncertainty complex and each new crisis it spawns are impeding human development and unsettling lives the world over. In the wake of the pandemic, and for the first time ever, the global Human Development Index (HDI) value declined—for two years straight- taking the world back to just after the adoption of the 2030 Agenda for Sustainable Development and the Paris Agreement. Human development has fallen back to its 2016 levels, reversing much of the progress toward the Sustainable Development Goals.

The world Is scrambling to respond to simmering crisis . While some countries are beginning to get back on their feet, recovery is uneven and partial, further widening inequalities in human development. Latin America, the Caribbean, Sub-Saharan Africa and South Asia have been hit particularly hard.

Even before the pandemic, feelings of insecurity were on the rise nearly everywhere. Many people feel alienated from their political systems, and in another reversal, democratic backsliding has worsened. There is peril in new uncertainties, in the insecurity, polarization, and demagoguery that grip many countries.

Today, with one-third of people worldwide feeling stressed and fewer than a third of people worldwide trusting others, we face major roadblocks to adopting policies that work for people and planet,” says Achim Steiner. “This thought-provoking new analysis aims to help us break this impasse and chart a new course out of our current global uncertainty. We have a narrow window to re-boot our systems and secure a future built on decisive climate action and new opportunities for all.”

From 2009 to 2014, the country moved six positions up in the HDI ranking but since then no improvement. India’s HDI score has improved from 0. 434 in 1990 to 0.633 now, but it has not improved in ranking because other countries have developed faster than us.

However, the main reason behind India’s low ranking is that education and health have become unaffordable. The growing privatization of both health and education has made the life of many people miserable. India’s health expenditure is one of the lowest in the world as a percentage of GDP. There is an erosion of purchasing power of people due to the unfettered price rise of essential commodities. The decline of jobs has a devastating impact too.

The index is based on the human development approach, developed by Mahbub ulHaq, anchored in Amartya Sen’s work on human capabilities, often framed in terms of whether people are able to “be” and “do” desirable things in life. Examples include – being: well fed, sheltered, and healthy; doing: work, education, voting, and participating in community life. The freedom of choice is central – someone choosing to be hungry (e.g., when fasting for religious reasons) is quite different from someone who is hungry because they cannot afford to buy food, or because the country is in a famine.

Although India has made a slight improvement in index 2021, it is still at the 108th position which means behind 107 countries. Due to inequality, India loses Human Development Score by 25 percent from 0.633 to 0.475. In other words, human development in India has declined by 25 per cent in 2021 due to inequality.

The report also talks about UNDP’s Multidimensional Poverty Index (MPI). For decades economists have argued that income alone cannot be a measure of poverty.Poverty is the state of having few material possessions or little income. Poverty can have diverse social, economic, and political causes and effects. A person above the ‘economic’ poverty line can suffer from multiple other disadvantages simultaneously—for example, they may have poor health or malnutrition, a lack of clean water or electricity, poor quality of work, or limited access to education.

In 2010, the first global MPI was released by the Oxford Poverty and Human Development Initiative (OPHI) and the United Nations Development Programme (UNDP), with the aim to measure poverty by considering various kinds of deprivation experienced by people in their daily lives.

The report also talks about UNDP’s Gender Inequality Index (GII) as part of the Human Development Report. Gender equality, the concept that everyone should be treated equally regardless of their genetic or chosen gender, is an issue of both human dignity and respect. Many experts believe that gender equality across categories including education, employment, health, politics, and economic participation is not only a cultural responsibility but a necessary and crucial part of the healthiest, most optimized economies.

Sustainable development goals and other economic targets are often unachievable if half of a country’s population is hampered by restricted opportunities. In order to improve gender equality, many governments are implementing policies that provide talent development, diversify the leadership pool, and provide support to families and caregivers of every gender

GII measures the human development cost of gender inequality values are computed using the association-sensitive inequality measure suggested by Seth (2009), which implies that the index is based on the general mean of general means of different orders—the first aggregation is by a geometric mean across dimensions; these means, calculated separately for women and men, are then aggregated using a harmonic mean across genders.

GII reflects gender-based disadvantage in three dimensions— reproductive health, empowerment, and the labour market—for as many countries as data of reasonable quality allow. It shows the loss in potential human development due to inequality between female and male achievements in these dimensions.

The GII varies between 0 (when women and men fare equally) and 1 (when men or women fare poorly compared to the other in all dimensions). It is designed to reveal the extent to which national human development achievements are eroded by gender inequality and to provide empirical foundations for policy analysis and advocacy efforts.

In 1995 the Human Development Report commissioned by the United Nations Development Program set out to create two new measurement indices for measuring development. Their aim was to add to the Human Development Index by way of including a gender dimension in the measure. They were created in order to rival the traditional income-focused measures of development such as the Gross Domestic Product (GDP) and the Gross National Product (GNP)The resulting measures that were created were the Gender-related Development Index (GDI) and the Gender Empowerment Measure (GEM). The GEM, the more specialized of the two, is focused on indicating the relative empowerment of women in a given country.

The GDI is often considered a “gender-sensitive extension of the HDI”. It addresses gender gaps in life expectancy, education, and income. Although India retained its 132nd position in the Gender Development Index, the female life expectancy dropped from 71 years in the 2020 report to 68.8 years in the 2021 report. The mean years of schooling for females declined from 12.6 to 11.9 years in the corresponding period.

The Gender Empowerment Measure (GEM) is a measure of inequalities between men’s and women’s opportunities in a country. It combines inequalities in three areas: political participation and decision-making, economic participation and decision-making, and power over economic resources. It is one of the five indicators used by the United Nations Development Programme in its annual Human Development Report.

Similarly, India ranks 135 among a total of 146 countries in the Global Gender Gap Index 2022 and is the worst performer in the world in the “health and survival” sub-index where it is ranked 146.

In a world defined by uncertainty, we need a renewed sense of global solidarity to tackle our interconnected, common challenges. According to the report, despite the crisis, there is a promise, too—an opportunity to reimagine our futures, renew and adapt our institutions, and craft new stories about who we are and what we value. This is the hopeful path forward, the path to follow if we wish to thrive in a world in flux.

The world must jolt itself out of its global paralysis to secure the future of people and the planet by rebooting its development trajectory. To navigate uncertainty, through multiple layers of complex challenges, the report puts forward a clear solution: we must double down on human development and embrace transformation, invest in basic services, institutions, and innovation. Focusing on a transition to a green and sustainable economy is at the core of this.

We also need to protect the planet and provide people with the tools they need to feel more secure, regain a sense of control over their lives and have hope for the future. The report recommends implementing policies that focus on 3-Is – investment — from renewable energy to preparedness for pandemics and insurance—including social protection— to prepare our societies for the ups and downs of an uncertain world. While innovation in its many forms—technological, economic, cultural—can also build capacities to respond to whatever challenges come next.

In addition to this, Indian government must raise more resources by progressive direct taxes, it should spend heavily in health, education and other social sector. There is no meaning of GDP growth if poor get impoverished while rich get richer. The important thing is: how wealth created through process of GDP growth is being distributed.

Is it mainly going to the rich and the well-off, or is it being distributed more evenly? That is something we do not get from the GDP figures alone. For that, we need to dig deeper into income distribution data, and look at what’s happening to wages and salaries, to the employment rate and so on. The most important thing is trust among people which is on serious decline under present regime. That needs to be addressed first.