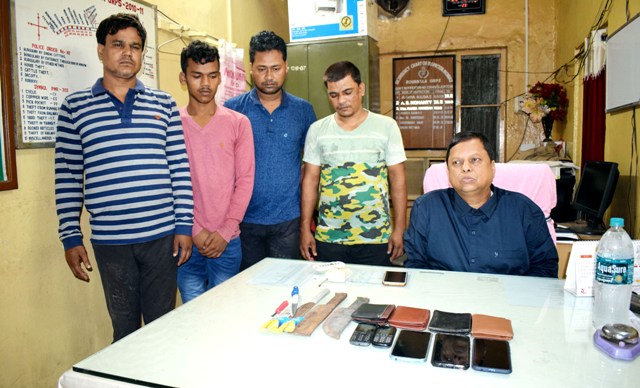 Rourkela: The Government Railway Police (GRP) busted an inter-state dacoit gang with arrest of four of its members here yesterday.

The accused persons were identified as Chaturi Mandal, Bipin Kumar, Pintu Raj and Amarjit Kumar. All of them are from Munger in Bihar.

Rs 16 lakh ‘looted’ from businessman at gunpoint in Odisha’s…

The GRP personnel nabbed four members of the gang from Kalunga station at around 10.00 pm on Sunday while they were planning for a dacoity on Tatanagar-Bilaspur passenger train.

A number of cases are already against them at various GRP stations in Odisha.