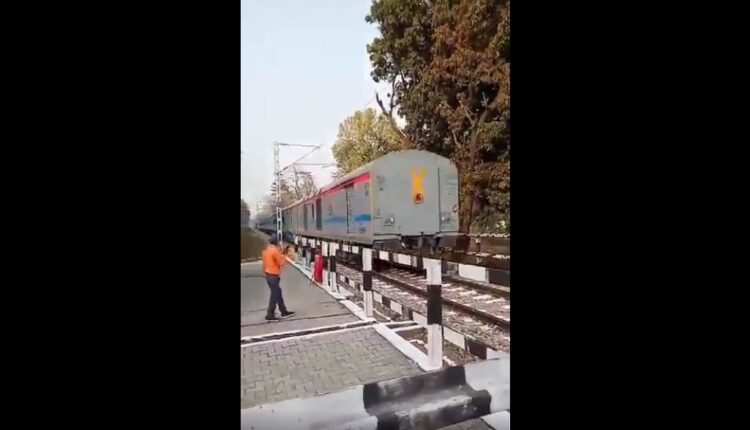 Dehradun: A major accident was averted on Wednesday afternoon in Uttarakhand after the Purnagiri Jan Shatabdi Express started running in reverse direction on the railway tracks for a few kilometres. No one was injured in the incident.

The train was going from Delhi to Tanakpur.

The North Eastern Railway said in a tweet, “An incident happened on 17.03.2021 due to cattle run over between Khatima-Tanakpur section. Train stopped just short of Khatima yard safely. There was no derailment and all passengers were transported to Tanakpur safely. Loco Pilot and Guard suspended in the incident.”

Watch: Purnagiri Jan Shatabdi Express running in reverse direction on railway track in Uttarakhand. No one was injured in the incident. pic.twitter.com/ExVNhu7qZ7

This is the second incident in Uttarakhand within a week when a train accident has been averted. On Saturday, a coach of the Delhi-Dehradun Shatabdi Express was gutted in fire. No passenger was injured in that incident too.