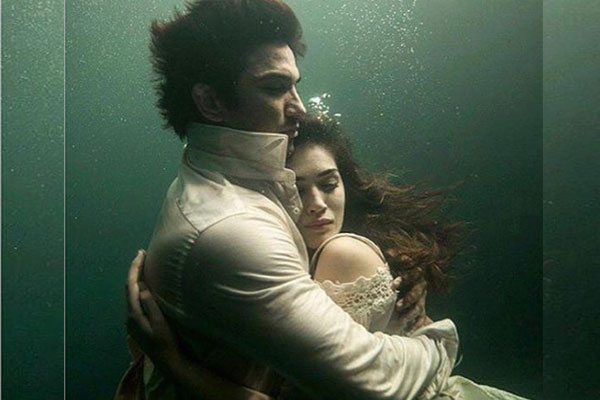 Mumbai:  It was not easy for Kriti Sanon to watch the last film of the late actor Sushant Singh Rajput.

Taking to Instagram, Kriti penned an emotional note for Sushant, sharing how does she feel seeing the latter in his last movie.

“It’s not seri (ok) And it will never sink in..
This broke my heart..again.In Manny, I saw YOU come alive in so so many moments. I knew exactly where you had put in a bit of yourself in the character..And as always, your most magical bits were your silences.. those bits where you said nothing and yet you said so much,” Kriti wrote.

Directed by Mukesh Chhabra, “Dil Bechara”, which released a few days ago on the OTT platform, is the official remake of 2014 Hollywood romantic drama “The Fault in our Stars”, based on John Green’s popular novel of the same name. It also stars debutante actress Sanjana Sanghi in the lead role.

“@castingchhabra I know this film will always mean a lot more to you than what we had thought.. you made us feel too many emotions in your first! Wish you and @sanjanasanghi96 a beautiful journey ahead,” Kriti added.

Kriti was rumoured to be in a relationship with Sushant. The two even starred in the 2017 film “Raabta”.