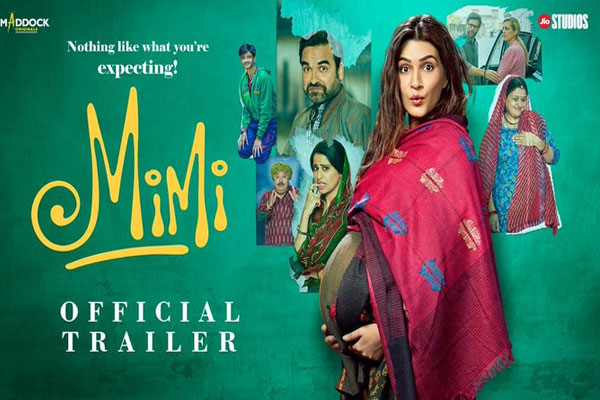 Bhubaneswar: Trailer of Kriti Sanon’s upcoming Bollywood movie Mimi is out now. The actress shared the trailer on her social media profiles with a short note on her onscreen character’s unexpected journey.

“Mimi expected everything, except for this unexpected journey! Here is My Mimi for you! Watch the glimpse of her unexpected story with your family.,” Kriti wrote on her Instagram profile.

Mimi  is based on the story of a surrogate mother that’s played by Kriti Sanon. Actors Pankaj Tripathi, Supriya Pathak, Sai Tamhankar and Manoj Pahwa will be see portraying other major characters in the movie. Mimi is a Laxman Utekar directorial produced by Dinesh Vijan under Maddock Films banner. Music has been given by A R Rahman. The movie draws inspiration from Marathi film Mala Aai Vhhaychy! by Samroudhhi Porey.

The movie has been scheduled to hit theatres on July 30, this year.