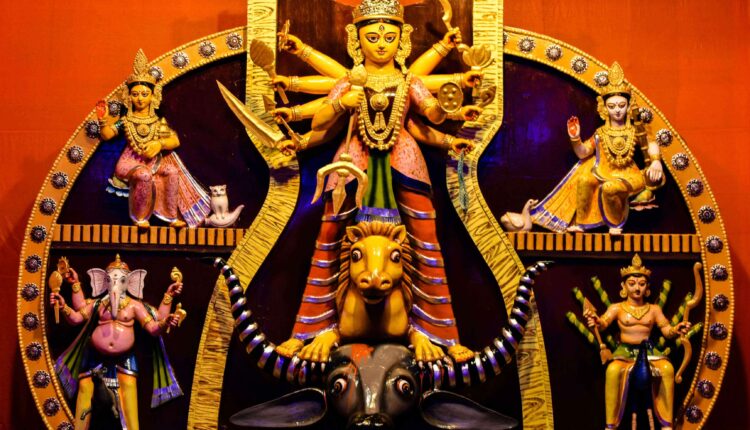 With winters right around the corner, Durga puja comes knocking at our doorstep in all its glory and divine fervor, creating a festive aura all around. This auspicious festival is primarily a celebration of the goddess Durga and her powers, is a much-awaited festival across India, especially in Odisha and West Bengal. This festival lasts for the duration of Navratri, which is ten days. Accompanied by Months long preparation, bright little pandals offering food and clothes, dazzling ornaments, and amassed by a sea of lovely ethnic sarees and kurtas, The Durga puja holds a special kind of value, one that makes it worth the wait.

The significance and divinity of this auspicious festival are known worldwide.

Durga Ma is a Hindu Goddess known to be the epitome of divine feminine force or shakti. Deemed as a powerful deity, she invokes both courage and fear in the hearts of men. Earlier known as ‘Basant Puja’ as it falls in the spring season. 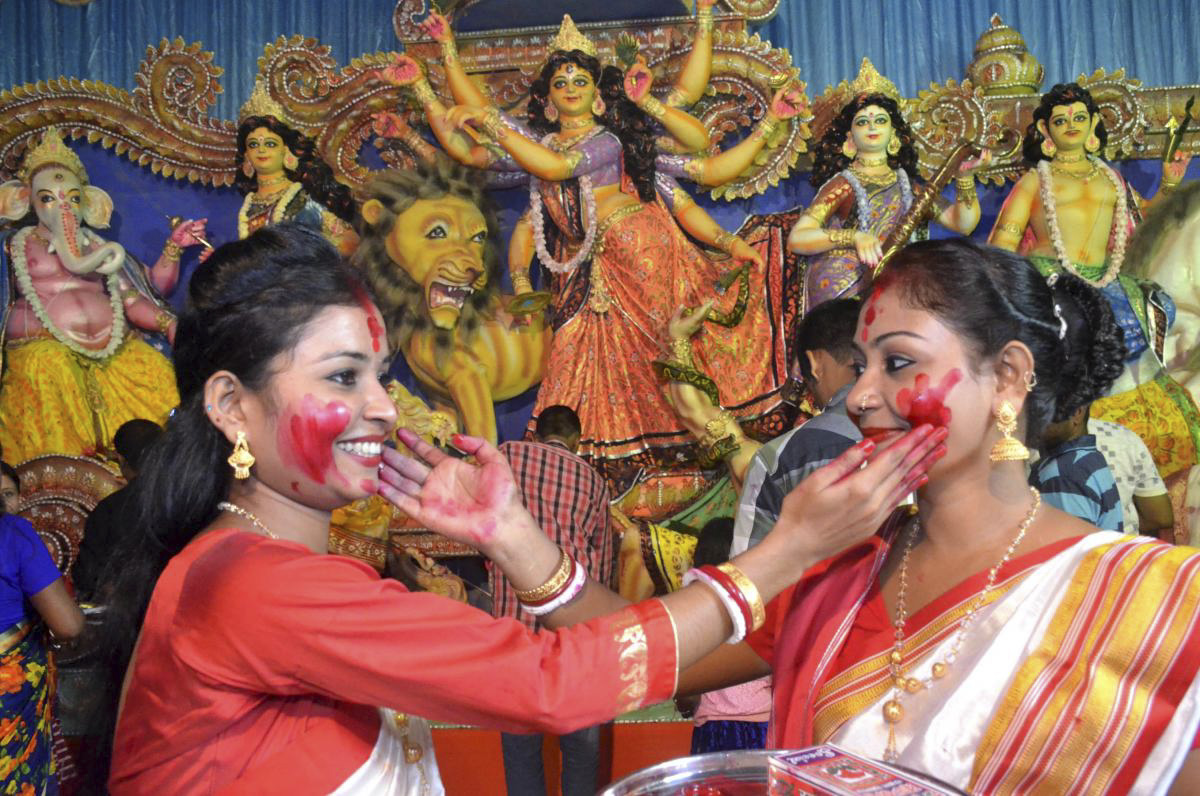 Raja Nabakrishna Deb Bahadur kickstarter this lineage of the Durga puja’s annual grand celebration with great pomp and show in his famous palace built ‘Thakurdalan.’ All high ranking people and commoners were treated alike and celebrated this vast festival together.

However, we’ve gathered some lesser-known facts about this enthralling Hindu festival – 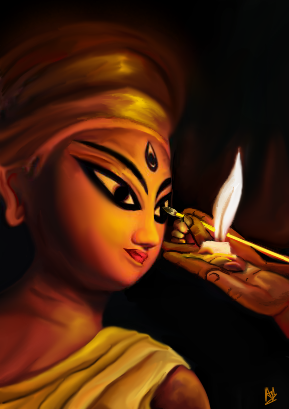 The carving of the sculpture of the divine Goddess Durga is a meticulous process that includes the painting of the sculptor’s eyes only in the presence of the sculptor. This process, known as Chokku Daan, is quite overwhelming for the artist and the creation of the idol takes months to finalize. 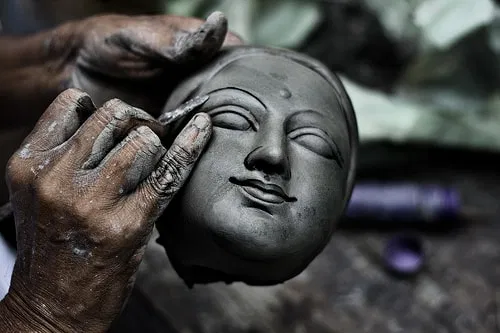 The clay used to create the idols of Goddess Durga is collected from the river Hoogly, which is considered sacred in West Bengal. Further, the clay is mixed along with soils from different forbidden places such as a prostitute’s house. This novel tradition symbolizes that all are equal and loved in the eyes of God. The belief states that the soil outside a prostitutes house is considered ‘Punya Matti’ as people who visit brothels leave their purity and virtue outside the home. 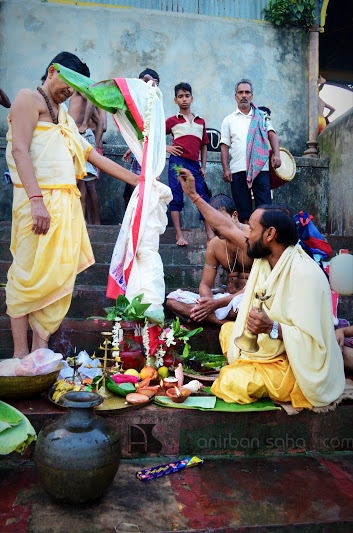 The seventh day of Durga puja marks the decorating of banana trees like Indian brides. Once decorated with sarees and vermillion, the banana trees are placed next to Lord Ganesha and are known as ‘Kalaa Bua.’ The bride is carried on a palki and resembles an Indian wedding accurately. The formal ceremony involves the priest tying nine threads around eight plants to form Nabapatrika. 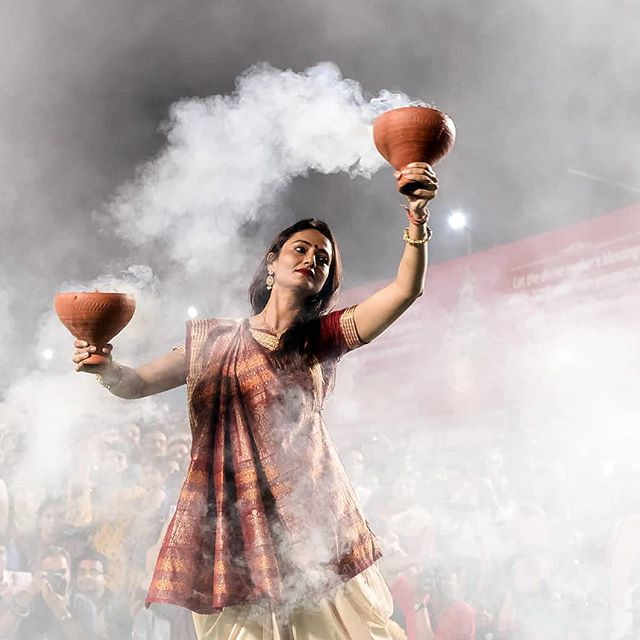 Dhunuchi dance is an integral part of the commemoration of Durga puja. It involves dancing with a dhunuchi in their hands. A dhunuchi typically holds coconut husk and dhuno over it that produces smoke, creating a smoky effect. The Dhunuchi is extremely hot, but the devotees take it in their stride and fulfil the tradition. 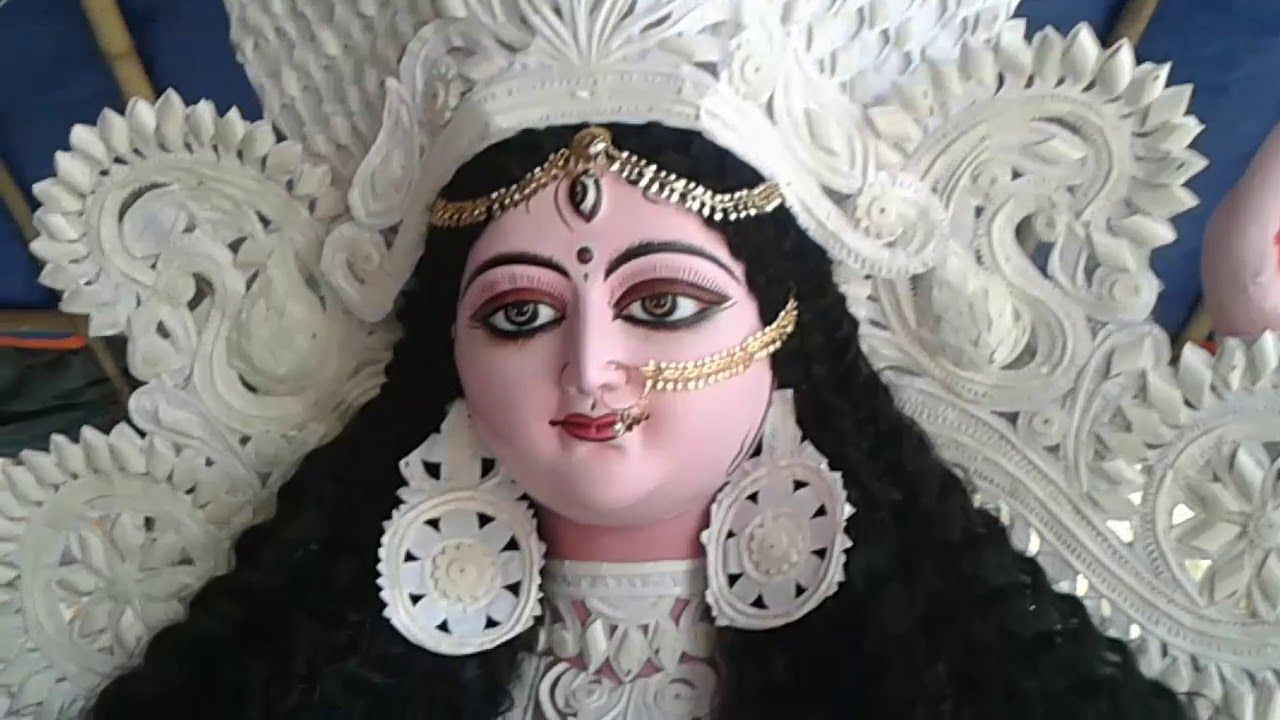 Sculptures of Durga Mata are available during the festive season in varying shapes and sizes; however, ‘Daaker Saaj’ or beaten metal used to be imported from Germany through post initially for creating the sculptures. Hence was named ‘Daakar Saaj.’ 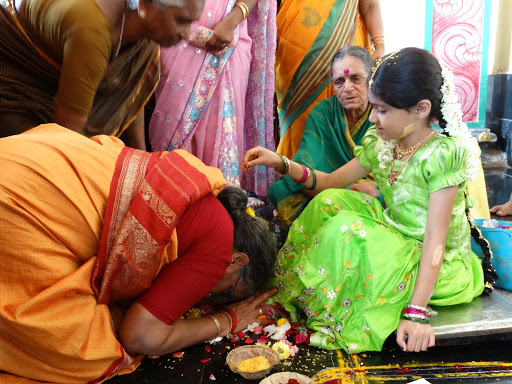 The idea of kumari puja was pitched by Swami Vivekananda to celebrate and recognize feminine power. Little girls are considered to be the embodiment of the goddess Durga. On this day, little girls are bathed in the river Ganga, draped in yellow sarees, and adorned with shiny jewellery. 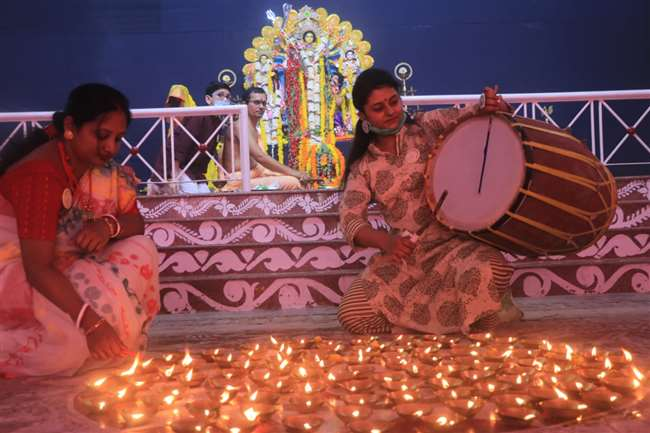 Sandhi Puja is one of the highlights of the puja season. This puja requires excellent offerings to the deity, including 108 lotus flowers, 108 lamps, sweets, a huge pot full of rice grains, a bunch of clothes, hibiscus garlands, wood apple leaves, and vermillion for the celebration. The puja is conducted at night, with streets lit up with fire and dhaks playing everywhere. It is believed that during this time, the goddess Durga revealed her third eye after killing a demon.

Be it whatever other event or festival, nothing matches the frenzy and excitement surrounding puja season. A festival full of shimmering lights, enigmatic dance and music, sacred rituals, and a vibrant sea of devotees marks this festival of great pomp and show every year. Clear out your schedules and prep for puja season this year! Revell in the magic of Goddess Durga and her all-encompassing mystique.