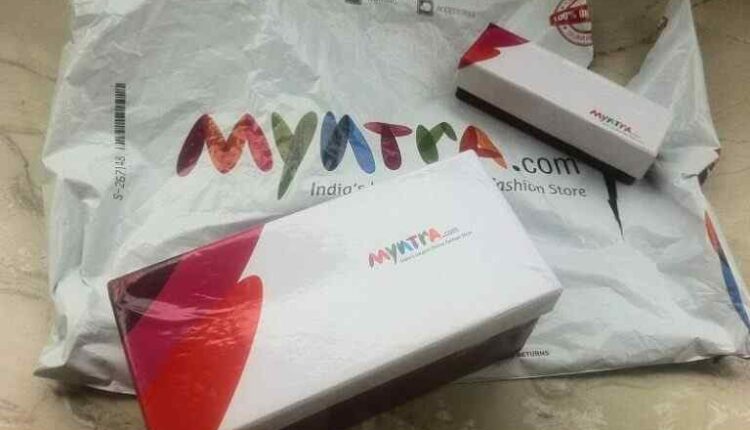 Bhubaneswar: Instances of customers receiving empty boxes or wrong products from of e-commerce websites have become quite a common in the recent past. From receiving soap instead of IPhone to getting an empty box, the list of such complaints is endless.

In yet another similar incident, a man received a padded bra instead of football stockings that he had ordered. The victim, Kashyap, who goes by the handle @LowKashWala on Twitter, has shared his horrible internet buying experience.

Myntra changes its logo. Here’s all you need to know about controversy

In a tweet tagging Myntra, Kashyap said instead of football stockings he had bought, he received a black Triumph bra on October 12. When Kashyap called up customer support to complain about the error, the company refused to replace the merchandise.

Being helpless, Kashyap took to Twitter and shared a snapshot of the sequence of events.

So I’m going to be wearing a 34 CC bra to football games, fellas. Ima call it my sports bra. pic.twitter.com/hVKVwJLWGr

Soon after the user shared the post,  it went viral on social media and netizens couldn’t stop laughing. While some users recounted similar experiences, others gave sarcastic suggestions to Kashyap on how he should use the bra.

Cut it in half and use them as knee caps. You’ll be the coolest kid in the block.

Maybe they were hurt after logo change. Understand it bro 😎 😎😎