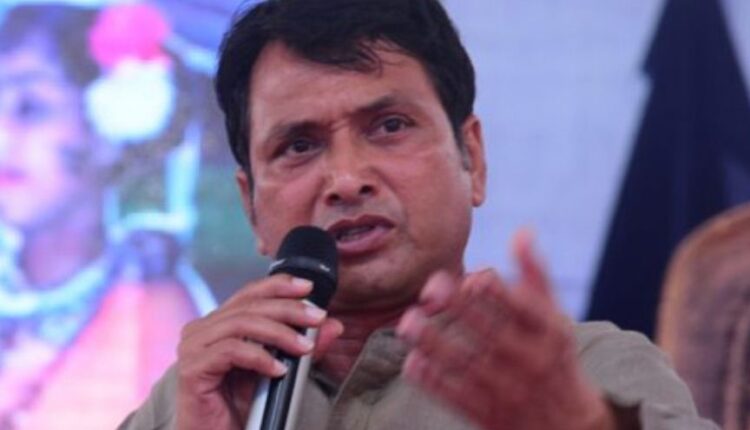 Bhubaneswar: Minister Dibya Shankar Mishra today broke silence on the sensational Mamita Meher murder case and issued a statement saying that he has nothing to do with the offence.

Opposition BJP and Congress parties have been demanding resignation of the minister alleging Mishra’s links with Govind Sahu, prime accused in the case.

“I am deeply saddened and anguished by the unfortunate death of Mamita Meher. I am a father and I can understand the trauma the family must be going through. My deepest condolences to the family of Mamita Meher. The guilty must be given strictest punishment as per law,” the minister said in the statement.

“I was shocked by the manner in which certain media have launched a malicious character assassination campaign based on falsehood against me. This has also hurt my family. Therefore, my family has filed criminal and civil defamation case against three media groups namely ARGUS TV, OTV and ODISHA REPORTER for defaming and character assassination with false, malicious and wild allegations for furthering their narrow personal and political gains,” said Mishra.

“These media apart from their smear campaign have also been questioning my silence. I have always believed that in sensitive heinous offences, law enforcement agencies should act in a free and fair manner so that the accused meet the ends of justice. Hence, I always avoided commenting on heinous offences. But I felt the need to give a statement as this smear campaign has been affecting my family,” he said.

“This malicious smear campaign by these media and opposition political parties marks a new low in the political discourse of Odisha, especially where certain sections of media are being used for narrow political gains at the cost of truth, empathy and sensitivity in heinous offences,” the minister said.

“I would urge the opposition political parties and media, if you have an iota of evidence against me in this matter, then please take it to the Police or the Courts. I will not only resign from my position but will also retire from public life but don’t indulge in smear campaigns with personal political agenda. I request these media groups not to use this heinous offence for their personal political agenda but rather live upto the journalistic ethics which is expected of journalists and media houses,” Mishra said.

“I had left the high paying job of a Pilot and joined politics to serve the people of Junagarh and Kalahandi. I swear in the name of Maa Manikeswari on whom I as well as people of Kalahandi have deep faith in, that I have nothing to do with this offence,” he concluded.

The murder of 24-year-old Mamita Meher of Jharni village under Turekela block of Balangir district has sent shockwaves across the state. While Mamita was working as a teacher at the Sunshine English Medium School at Mahaling in Kalahandi district, Sahu was the managing committee president of the educational institution.

Aryan Khan’s lawyers couldn’t reach jail by time due to traffic jam; Another night for SRK’s son in jail despite bail