Modi thanks people for support to BJP in Odisha panchayat polls 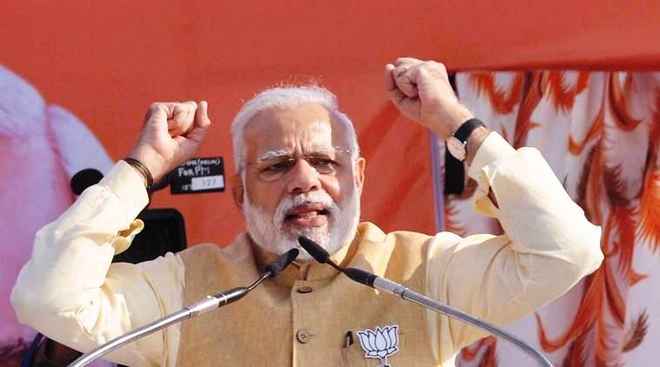 Prime Minister Narendra Modi today thanked the people of Odisha for their unprecedented support to the party in the backdrop of the early trends in the ensuing five-phase panchayat polls in the state.

On the sidelines of an election rally in Kannauj, Uttar Pradesh, Modi said: “From Kannauj, I would specially like to thank the people of Odisha from the land of Uttar Pradesh… from the land of Ganga Yamuna. Our opposition parties are spreading a lot of lies but they should now know that lies won’t work anymore. In Odisha’s panchayat election, rural people came to vote. BJP was weak in Odisha and very few leaders were voted to parliament from the state. But yesterday, BJP got unprecedented support for which I express my heartfelt gratitude to the people of Odisha.

Prime Minister was addressing an election rally ahead of the third phase of assembly elections in UP.

It may be mentioned here that the early trends in the first-phase panchayat polls in Odisha showed that the saffron party conquered a considerable Zilla Parishat seats hovering around 70 of the 188 posts.

The trends showed the national party making inroads into the ruling Biju Janata Dal’s bastions across the state. The trends came as a jolt to the BJD with BJP catapulting to the second position after pushing Congress to the third position.

The second-phase polls concluded in the state today peacefully barring stray incidents of violence. The trends in this phase have put the BJP in tough competition with BJD. Of the 174 ZP zones went to polls today, the BJP was neck and neck with the BJD till the filing of this report.