Motorcyclist dies after being hit by truck in Odisha’s Jagatsinghpur 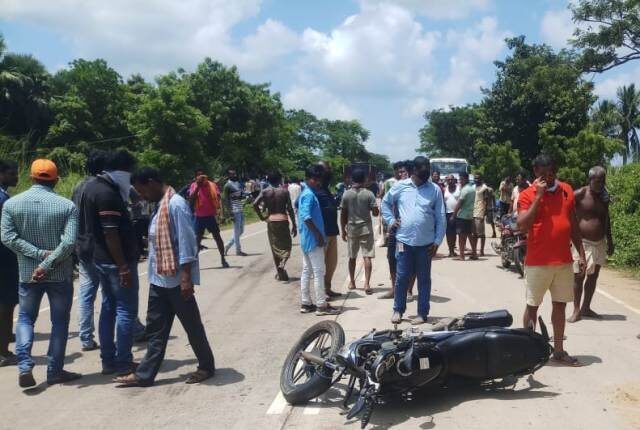 Jagatsinghpur: A motorcyclist died after a truck hit his vehicle on Cuttack-Paradip road under Tirtol police limits in Jagatsinghpur district today.

The deceased has been identified as Manas Ranjan Bhuyan, a resident of Kurtanga village under Raghunathpur police limits in Jagatsinghpur district.

According to reports, the incident took place at around 10.00 am today when a truck hit a motorcycle from its behind near a local market area in Tirtol following which the motorcyclist sustained critical injuries.

The victim was rushed to the Community Health Centre (CHC), Raghunathpur, where the doctors declared him dead.