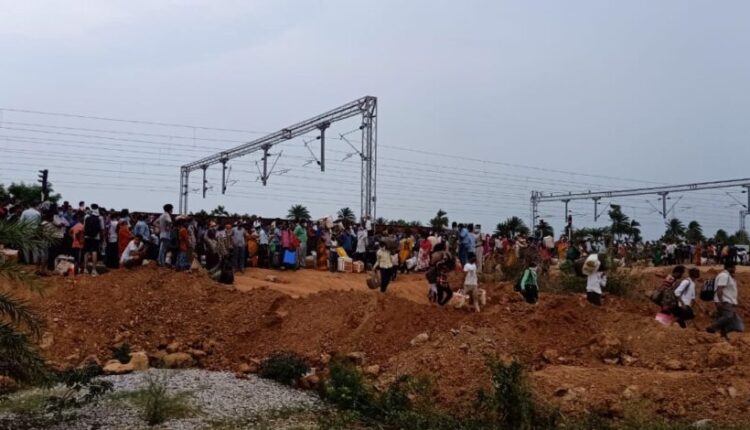 Berhampur: At a time when the Odisha Government has emphasized quarantining of those returning from other states in view of COVID-19 situation, nearly 1500 Surat returnees detrained at Chatrapur railway station in Ganjam district after pulling the alarm chain of a train today.

According to reports, the train carrying migrant workers was heading towards Balasore. The train halted near Chatrapur railway station after the alarm chain was pulled, following which occupants of the train alighted from it around 6 pm.

On being informed, Ganjam district administration officials reached the spot and initiated efforts to send the passengers to their native places in the district by buses. Later, they will be kept at quarantine centres as per state government’s guidelines.