NEET topper Mrinal Kutteri initially wanted to be an engineer 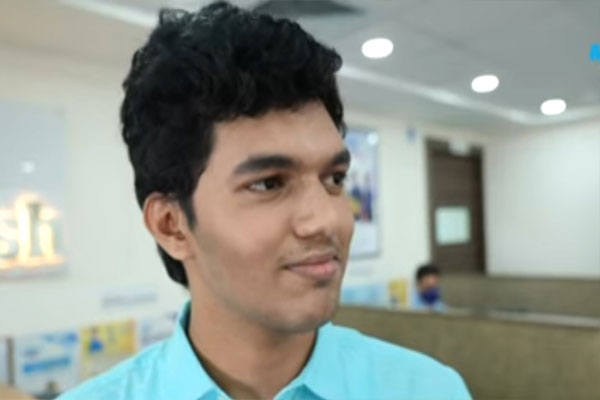 Hyderabad: Mrinal Kutteri who secured the All India first rank in the National Eligibility-cum-Entrance Test (NEET) for admission to undergraduate medical courses, initially wanted to be an engineer but later changed his mind to become a doctor.

Mrinal, who scored a perfect 720 to share the top rank with Delhi’s Tanmay Gupta and Maharashtra’s Karthika G. Nair, was keen on becoming an engineer when he was in seventh grade. Later, he got interested in becoming an Army doctor.

“I wanted to serve the Army as a doctor. Later, I became less insistent on becoming an Army doctor and set the goal of just getting into the medical profession,” he said.

The elated topper revealed that he wants to pursue MBBS from AIIMS, Delhi and aspires to become a surgeon.

Mrinal, whose father is an HR consultant and mother a software engineer, will be the first doctor from his immediate family. He said his parents never forced him to do a particular course and gave him the freedom to choose his career.

“No one pressurized me to get into a particular field. I made many time-tables but could never stick to them. Later, I stopped wasting time in preparing a time-table and started studying in a manner which is more suitable and convenient for me,” said Mrinal, who took coaching at Akash Institute.

The youngster also revealed that he never studied for long hours. “I can’t study for long hours. I used to take breaks and this helped me in focusing on the subjects,” he said.

Mrinal whose family hails from Kerala but completed his studies in Hyderabad, believes that there is no secret for success and one has to study in a manner which works out for them.

Another student from Telangana Khandavally Shashank secured the fifth rank in the country. He scored 715 along with nine others including Chandam Vishnu from Andhra Pradesh.

Shashank, who studied up to 10th standard in Kurnool, passed intermediate from a college in Hyderabad. He too wants to pursue his MBBS from AIIMS in Delhi.

Vishnu who is a Son of a welder and hails from east Godavari district of Andhra Pradesh, worked hard by studying 14 hours every day to secure one of the top ranks. He developed interest in neurology after he took ill some time back and had to consult a neurologist. His elder brother is a second-year MBBS student at AIIMS.

A total of nine students from Telangana secured ranks in the top 100 while five from Andhra Pradesh have made it to the top list.
(Except for the headline, this story has not been edited by Sambad English staff and is published from a syndicated feed.)

Diwali 2021: How to prepare special laddoo with rosy twist