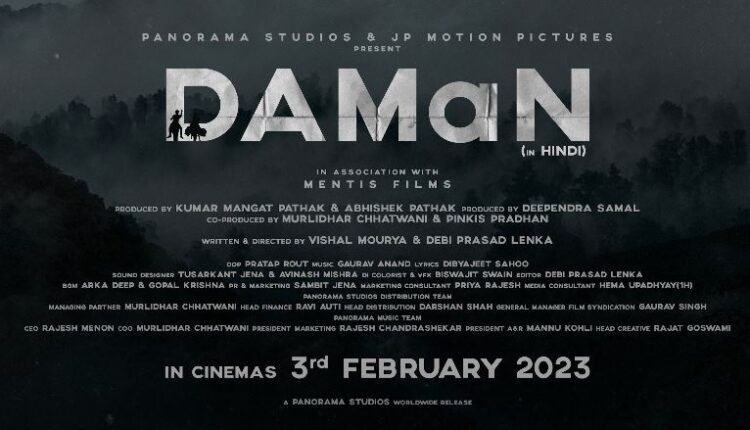 Bhubaneswar: Babushaan-starrer Odia movie DAMaN will be released in Hindi on February 3, Panorama Studios announced today while releasing the trailer.

DAMaN has already garnered praise from Odia movie lovers across the country, apart from being critically-acclaimed. The movie is also being described as a revolutionary one and trend-setter in Ollywood.

The Odisha government had declared it tax-free in the state.

The theme of the movie is based on the Odisha government’s scheme for malaria eradication namely ‘DAMAN’ (Durgama Anchalare Malaria Nirakaran).

DAMAN revolves around and chronicles the success of the Odisha government’s health scheme in malaria-endemic Malkangiri district. The movie also carries a positive message on the efforts and contribution of both the government and the public in implementing health initiatives in remote areas.

It is a story of a doctor who fearlessly performs his duties without caring about any consequences. His struggle for making people aware about the fact that malaria cannot be cured through superstitions but only with proper awareness is the plot of the movie.