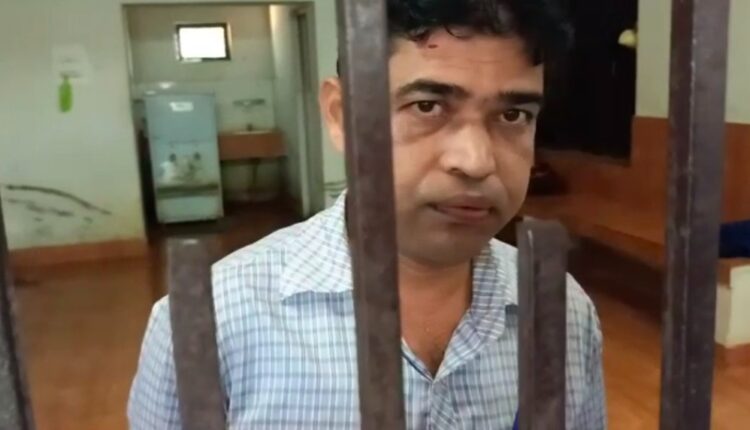 Balasore: A man from Baliapal area of Balasore district in Odisha reportedly consumed poison in an attempt to end his life after hacking his wife with a sharp weapon over marital discord today.

According to sources, Purnachandra Sahu of Hasimpur under Baliapal police limits had tied the knot with Jayanti Pradhan of Nahanjara village under Silang police limits around nine years ago.

However, the couple got engaged in a discord soon after the wedding. Jayanti had returned to her parents’ house after all efforts by the local police to solve the discord amicably could not produce the desired results.

Jayanti has opened a beauty parlour near Silang police station to earn a livelihood.

Livid over some issues, Purnachandra today barged into Jayanti’s beauty parlour with a sharp weapon and hacked her repeatedly. Jayanti sustained grievous injuries on her shoulder, face and hands in the assault, sources said.

Locals rescued Jayanti and rushed her to a hospital in Basta area. However, she was later shifted to Balasore District Headquarters Hospital (DHH) after her condition deteriorated, sources added.

Soon after the incident, Purnachandra surrendered before Silang police. However, he suddenly made an attempt to end his life by consuming poison, which he had hidden in his pocket, sources said.

Police rushed Purnachandra to a hospital in Basta. However, no case has been registered in this regard till the last report came in.