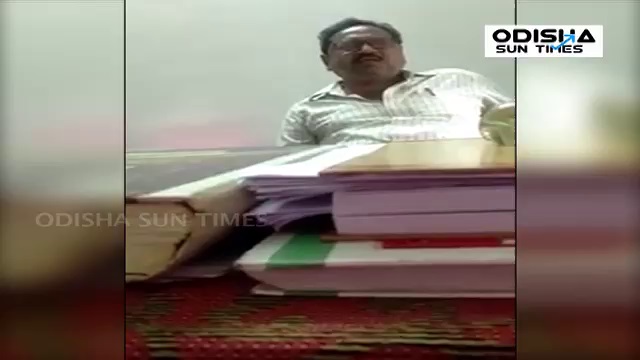 Balangir: A clerk working in Labour Department of Odisha government was suspended for his corrupt practice after a video featuring him demanding and accepting bribe surfaced on social media.

The accused official has been identified as Ballabh Nag, a Clerk posted at Office of District Labour Officer in Balangir.

He was caught on camera asking for bribe and accepting Rs 1,000 from a person reportedly to issue a labour licence.

Taking stringent action against Nag, the State Labour Commissioner placed him under suspension following the video went into viral in media.

A probe has been ordered to look into the corruption charges against him. Also, action will be taken against Divisional Labour Commissioner Saroj Kumar Ranjito following investigation.

Odisha youth dies after falling off train in Sambalpur