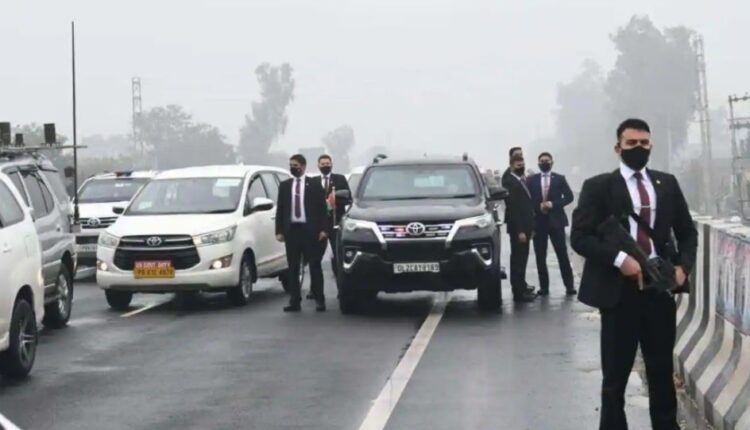 Bhubaneswar: Odisha Chief Minister Naveen Patnaik took an indirect dig at the Punjab State government today over the security of breach of Prime Minister Narendra Modi in Punjab on January 5.

Terming the Prime Minister as an institution, Patnaik stated on Thursday that it is the duty of all the State Governments to provide foolproof security to the ‘institution’. Also, the States should ensure dignity of the ‘institution’, said the Odisha Chief Minister.

He also stated anything contrary to the idea will veer the objective of the Indian democracy.

Patnaik tweeted, “The Prime Minister of India is an institution. It is the duty of every Government to provide foolproof security and safeguard the dignity of this institution. Anything contrary should be unacceptable in our democracy (sic).”

Pradhan Tweeted, “This is how a democracy like in India should function. We all can have differing ideologies, beliefs & opinions but that can be no ground to legitimise a breach in security for the Prime Minister. Appreciate @Naveen_Odisha ji for his concern for PM Modi’s security (sic).”

This is how a democracy like in India should function.

We all can have differing ideologies,beliefs & opinions but that can be no ground to legitimise a breach in security for the Prime Minister.

On January 5, Prime Minister Narendra Modi landed at Bathinda from where he was to go to the National Martyrs Memorial at Hussainiwala by helicopter. Due to rain and poor visibility, the Prime Minister waited for about 20 minutes for the weather to clear out.

When the weather did not improve, it was decided that he would visit the National Marytrs Memorial via road, which would take more than two hours. He proceeded to travel by road after necessary confirmation of necessary security arrangements by the DGP Punjab Police.

Around 30 km away from the National Martyrs Memorial in Hussainiwala, when the Prime Minister’s convoy reached a flyover, it was found that the road was blocked by some protesters.

Modi was stuck on a flyover for 15-20 minutes even though the Prime Minister’s schedule and travel plan was communicated well in advance to the Punjab Government.

Prime Minister Modi was to visit Ferozepur, Punjab to lay the foundation stone of multiple development projects worth more than Rs 42,750 crore.

45-year-old woman assaulted, stripped and tied to pole as son elopes with neighbour…