Odisha cops gearing up to provide security at airports under UDAN 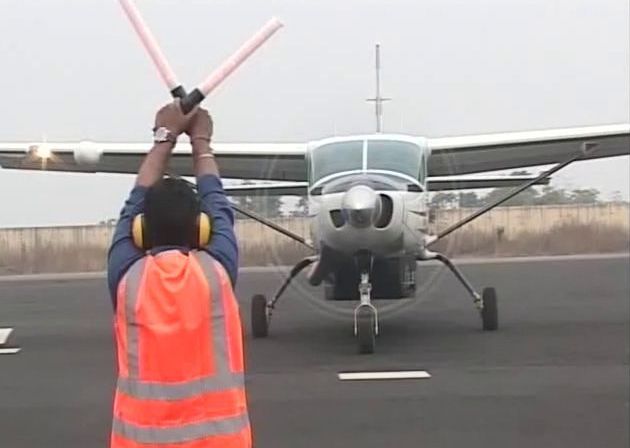 Bhubaneswar: With flight operations to start from at least four airports in the State under the Ude Desh Ka Aam Nagrik (UDAN) scheme in the next couple of months, the Odisha police is assessing its manpower and equipment, while gearing up to provide security in line with specialized civil aviation security at these airports.

“We will be conducting a joint security survey with Bureau of Civil Aviation Security (BCAS). But already tentatively we have worked out on how many police personnel will be required at each of these places. They will be also provided with orientation training. We are working out details of who from which force and which armed components available with us can be utilized for the purpose,” stated Director General of Police (DGP) Rajendra Prasad Sharma speaking to reporters after a review meeting on UDAN scheme chaired by Chief Secretary Aditya Prasad Padhi at the State Secretariat here today.

“Personnel from OSAP, RRB, and OISF available in Odisha will be assessed for deployment at these new airports for providing security,” he added.

Plans are afoot to start flight operations from Jharsuguda Airport by October next under the UDAN scheme.

“By October Jharsuguda Airport would be ready for UDAN operations. Utkela and Jeypore will take some more time since these are in the development stage. At least four to five months more will be needed for the two to get ready. Infrastructure cost of Utkela and Jeypore is currently being estimated, it will be around Rs 50 crore each,” said Chief Secretary Padhi briefing reporters after the review meeting.