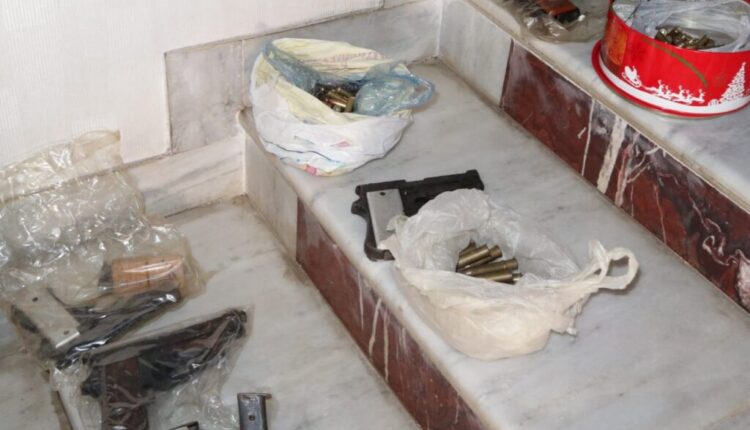 Cuttack: The Commissionerate Police today seized eight guns and 500 live bullets following a raid at the house of notorious Dhalasamanta brothers in CDA area in Cuttack.

Cuttack DCP Prateek Singh informed three persons have been detained for questioning in connection with the matter. The live bullets were kept in a sealed box.

Based on reliable information, the police raided the house of Dhalasamanta brothers and recovered guns and bullets during the search. Also, the police seized several mobile phones from the house.

In August, two associates of Dhalasamanta brothers were arrested and huge cache of arms and ammunitions were seized from them.