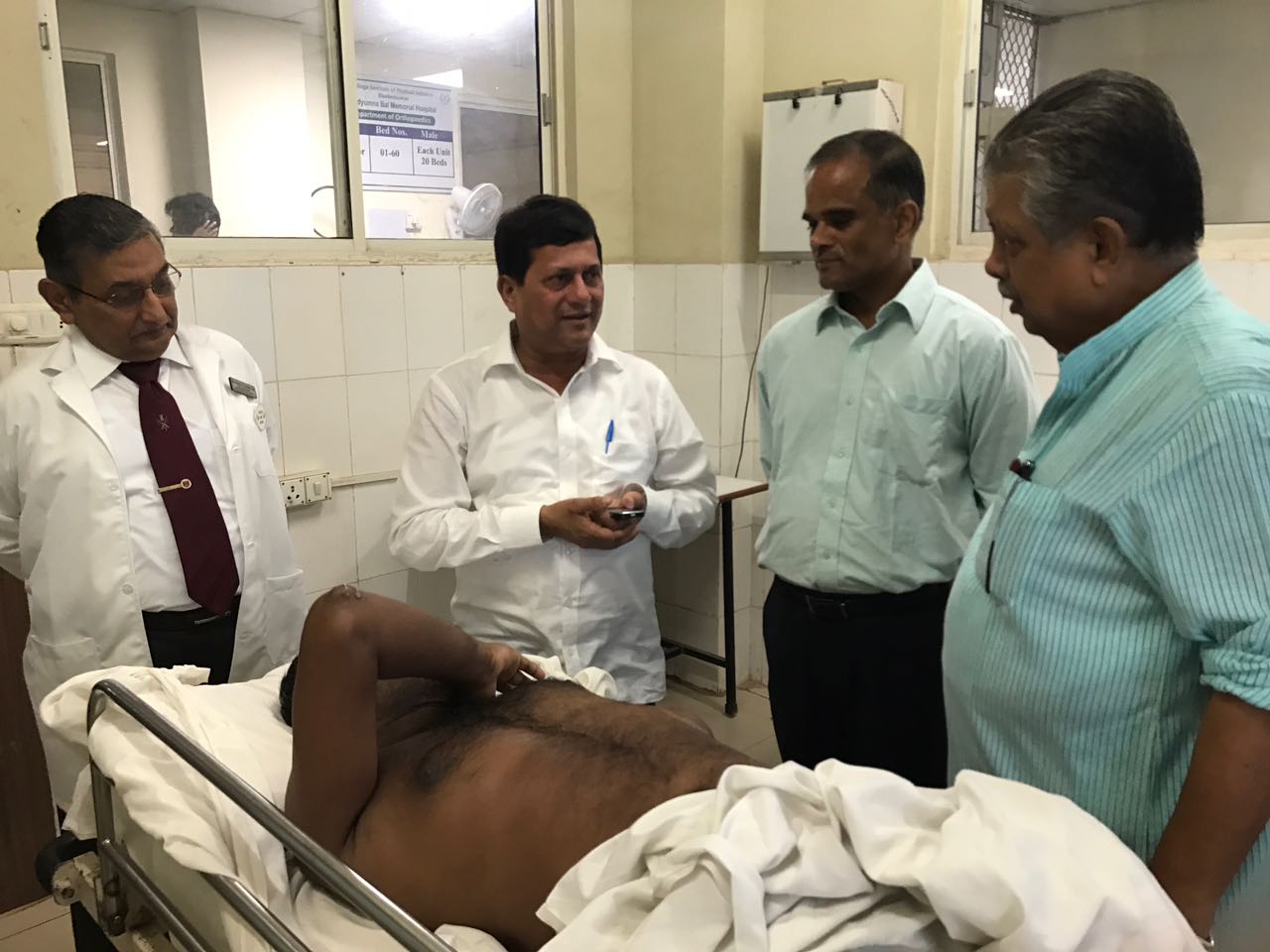 Bhubaneswar: The blind man who lost his limbs in a train mishap in Balasore Railway station will once again lead a normal life as the Odisha government today assured to provide him artificial limbs.

Dilip Sahu, who lost both his legs in a train mishap, will be provided with artificial limbs, said Social Security and Empowerment of Persons with Disabilities Minister Prafulla Samal.

Samal had visited KIMS hospital here to enquire about Sahu’s health where he is undergoing treatment.

The Minister was accompanied by Niten Chandra, Principal Secretary of Social Security and Empowerment of Persons with Disabilities.

Notably, Dilip fell on the railway tracks on July 3 after a miscreant snatched his mobile phone. Moments later, he was run over by a train owing which he lost his limbs. Unofficial help had poured in for the 33-year-old youth after the incident was reported in media.

Achyuta Samanta invited to give a talk in Armenia