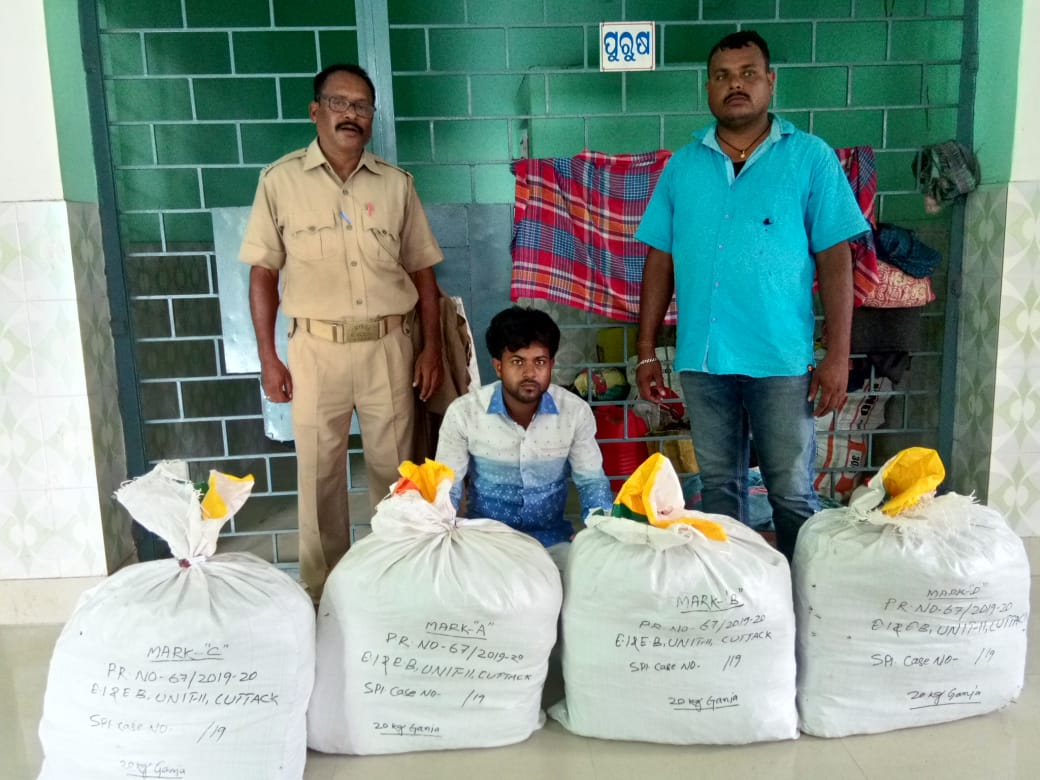 Acting on a tip-off, an Excise team conducted a raid near the bus stand and nabbed the accused duo besides seizing cannabis worth around Rs 6 lakh.

In a separate incident, a flying squad of the Excise department seized ganja weighing 40 kgs along with a car from OMP area in Cuttack today. The officials also and arrested four persons in this connection. The amount of the seized contraband item is estimated to be around Rs 3 lakh.