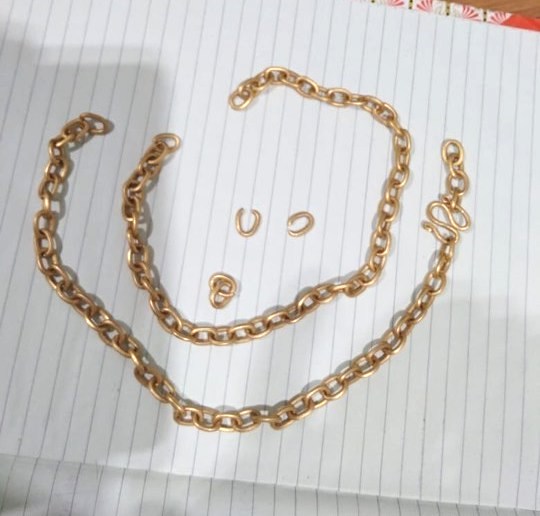 Bhubaneswar: The Air Intelligence Unit of the Customs Department yet again seized gold from a passenger who arrived at the Biju Patnaik International Airport (BPIA).

According to reports, officials of the Air Intelligence Unit intercepted one Dilip Singh of Uttar Pradesh, who had arrived at BPIA from Bangkok by an Air Asia flight (FD-112) yesterday.

When searched, a crude gold chain was found concealed beneath Singh’s T-shirt collar.

Worth mentioning, this is the third gold smuggling attempt foiled at the BPIA. So far, gold worth Rs 14 lakh has been confisticated in such seizures at the airport in Odisha capital.

Gold worth Rs 10 lakh seized from passenger at Bhubaneswar…